You are here: Home › Take Us to Tibet 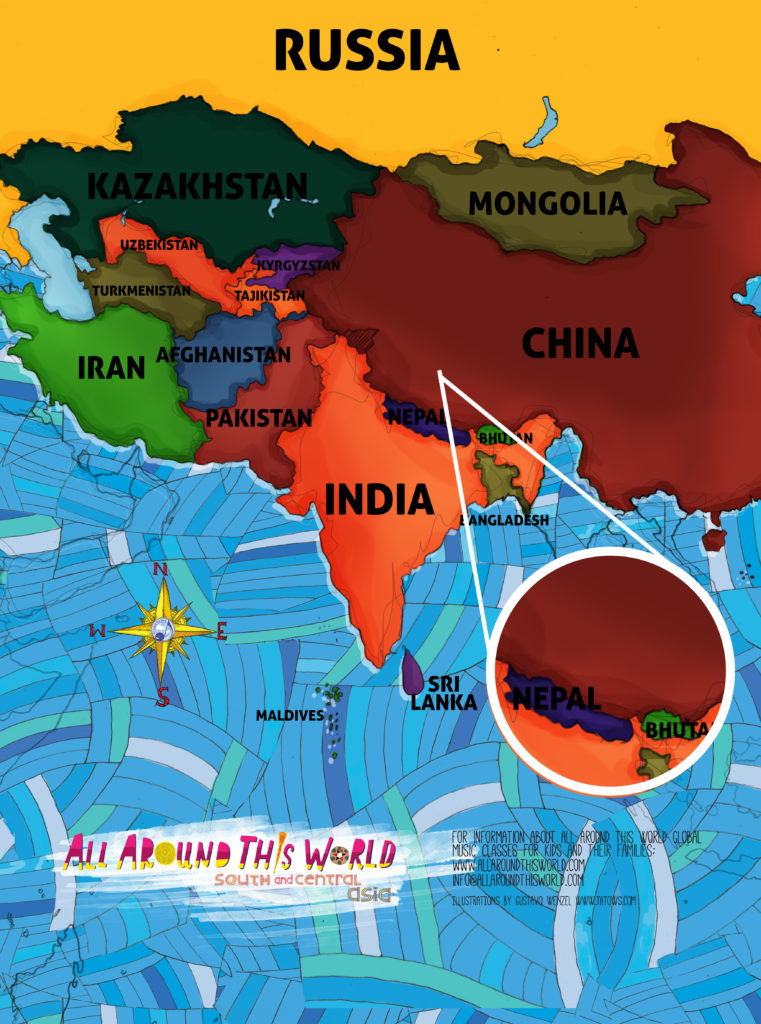 This week in our online class we focus on Tibet, a region that’s officially a part of China, but is restless. Tibet unified as an independent, Buddhist empire about 1400 years ago, and only became part of China in the 18th century when the Qing Dynasty conquered it.  When the Qing Dynasty fell in 1912, the Tibetan Buddhist spiritual leader, called the Dalai Lama, declared Tibet’s independence. Unfortunately for Tibet, China never recognized Tibet as independent.

In 1950 Chinese troops invaded and in 1959, after a failed revolt, the Dalai Lama and about 80,000 Tibetans went into exile in India. Today, the Dalai Lama is the head of the Tibetan “government in exile,” which espouses non-violence and officially says it doesn’t want independence, just true autonomy within China. There are others in the Tibetan exile community who are increasingly focused on independence, calling for a “Free Tibet.”

In music class we’re not going to presume we can free Tibet, but we are going to see if we can free our minds a bit by slowing down our kids’ engines by chanting a Tibetan mantra. Let’s go.

Making Much of Mamer
Tibetans ROCK. (and rap.)