You are here: Home › G’day Australia! 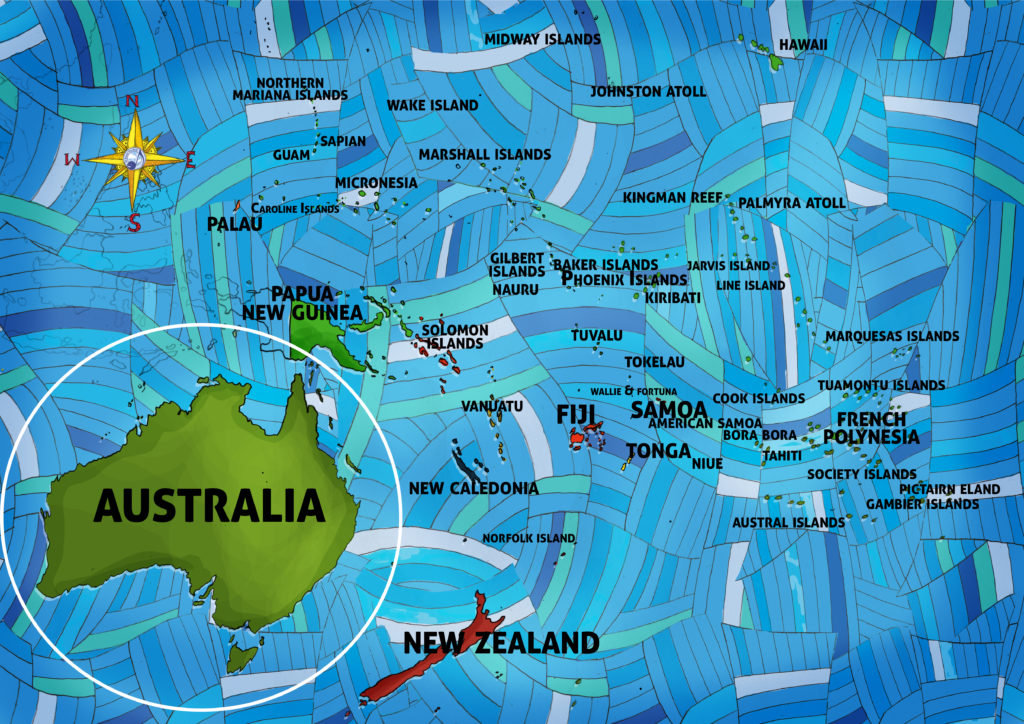 This week in our online class we enjoy ourselves tremendously while introducing Australia. Depending on your personal definition of what defines “a nation,” Australia is either one of the newest nations in the world or one of the oldest. European settlement of Australia really only began in the 18th century and Australia consolidated into a unified independent country as recently as 1901. On the other hand, when European explorers first “discovered” Australia in the 17th century and eventually colonized it in the 18th, almost a million people already lived there. The indigenous Aboriginal population had been present for over 40,000 years (some say up to 100,000), making the Australian continent one of the longest- continuously inhabited parts of the world. These million or so people were scattered about the land mass but had developed complex societies as well as spiritual and cultural practices based upon a deep connection with the land. The first British settlers, unable or unwilling to negotiate treaties with decentralized Aboriginal groups, declared the land “Terra Nullius” (essentially, land with no owner). European settlers brought diseases Aborigines had never encountered–the 1792 and 1822 smallpox plagues were especially devastating–and subjected the Aboriginal Australians to a seemingly never-ending series of forced re-settlements and other more lethal occurrences.

Over about eighty years an estimated 162,000 convicts were transported to the Australian colonies, 20% of whom were women. Most of these convicts were petty criminals and non-violent offenders. Convicts didn’t live in prisons but instead occupied small villages where they lived in independent structures, wore their own clothes and could even have their families come to join them; still, living conditions were deplorable. Convicts provided labor to build roads, bridges and develop other elements of the new colony’s infrastructure. From the 1850s until the early 1890s the discovery of gold in Australia led to a series of Australian gold rushes that attracted several hundred thousand immigrants. Most of these new colonists didn’t find gold and therefore had ample time on their hands to replace convicts as laborers on infrastructure projects. In the mid 1860s British policy changed and prisoner transports effectively stopped. Thwarted gold-diggers replaced them as Australia’s hungry, eager and independent working class.

Australia officially became a Commonwealth, albeit one still connected to the British Crown, on January 1, 1901.