You are here: Home › Klezmer is Cool and the Roma Rock 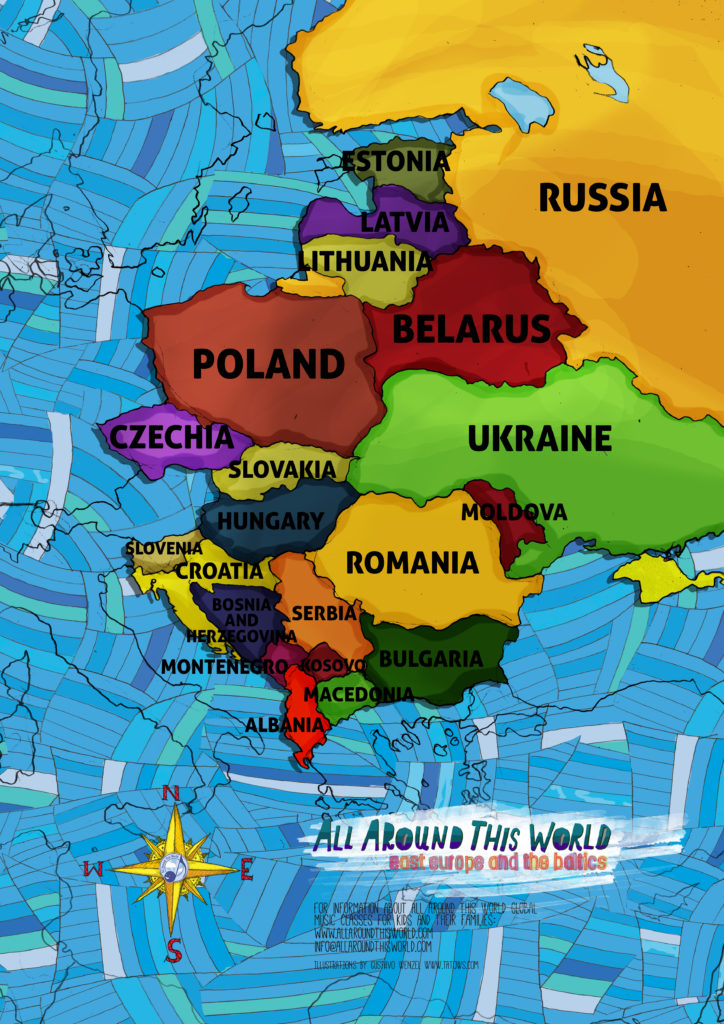 This week in our online class we depart from our usual country-by-country routine to go off the beaten track with the Roma/Romani people and with Ashkenazic (Central and Eastern European-descended) Jews. Both groups have lived at one point or another in almost ever corner of Eastern Europe, and have been evicted from the same. Both groups have long histories full of unfathomable struggle, yet have somehow managed to survive. Both make music that bursts with joy and at the very same time can be so, so sad.

We visit with Roma and Jews, and we SING!
Lots of Love for Lautari