You are here: Home › This week in class: THE GUIANAS 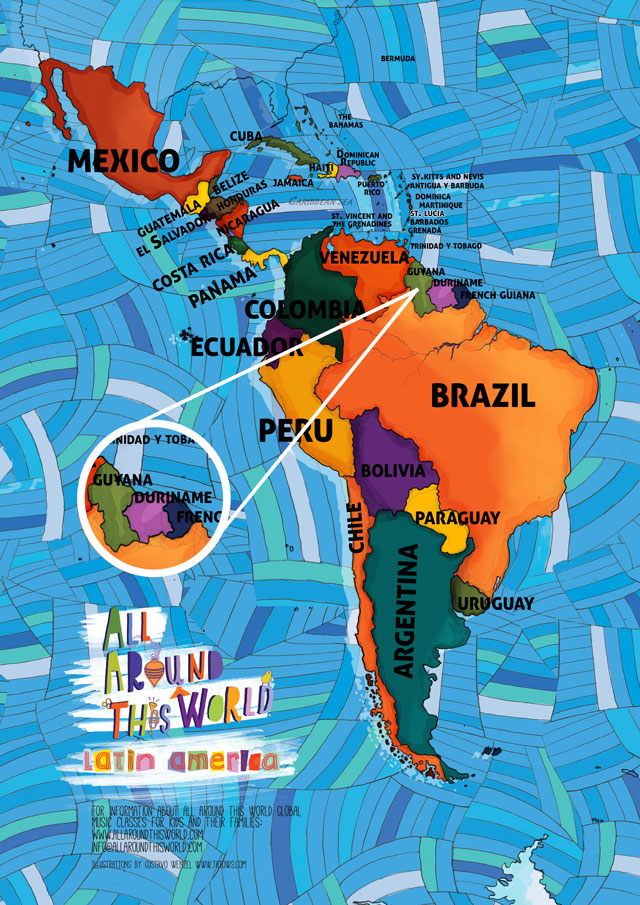 This week in our online class for little kids we meet The Guianas, three countries in South America — Suriname, Guyana and French Guiana — with fascinating histories and fantabulous music. Historians of South America often group these three extremely diverse countries together because they all used to be part of “Guyana,” a small stretch of land on South America’s northeastern coast that Spanish, French, Dutch and British all tried to control for centuries.  Now the three countries are separate, though not all entirely free from their European “friends” — Guyana is English-speaking and independent (as of 1966), Suriname is Dutch-speaking and independent (as of 1975), while French Guiana is French-speaking and still under French political control. In class we have some sing-along, dance-along fun that inspires us to want to visit all three.