You are here: Home › About 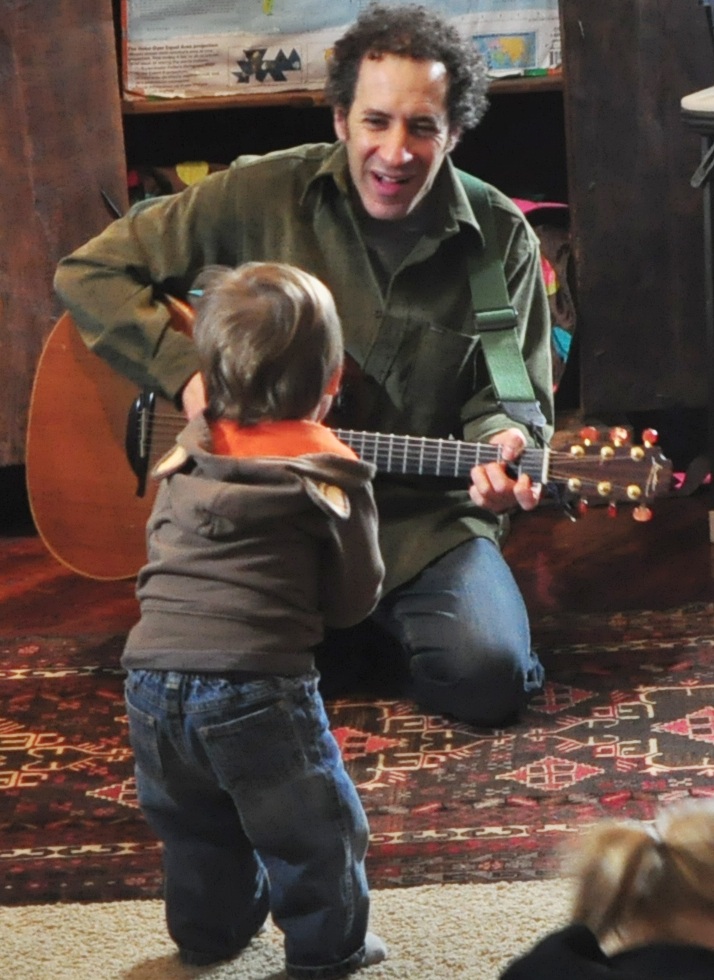 All Around This World founder and lead teacher Jay Sand teaching in his West Philadelphia classroom.

Jay Sand, guitarist and children’s music teacher, dad of three girls and world traveler (much more so before he became the dad of three girls), developed the All Around This World curriculum with his children as a way to introduce them to the countries he’s already visited and the many more he plans to visit with them. Jay held his first All Around This World classes in 2009 in his West Philadelphia living room. Since then, AATW classes have caught on and spread to multiple cities around the U.S.

All Around This World never talks down to kids or their grownups! All Around This World shares global music with kids and their families in a way that simultaneously engages all, from the tiniest of tiny infants to the wisest and most well-traveled adults. Jay developed All Around This World’s music based on years of meticulous musical and cultural research–conducted with the support of global musicians, educators and ethnomusicologists. The approximately 250 songs that are part of the three year AATW curriculum originate from the global cultures that the music class explores. These are not “kids songs,” but music for adults that Jay has translated and rearranged, taking tremendous care to maintain each song’s musical essence and cultural narrative while still creating music that kids and their grownups can enjoy from the very first note. 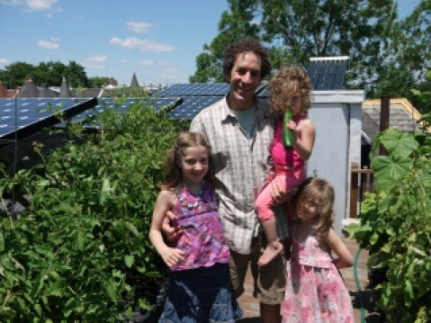 Jay Sand has been playing guitar since he was eleven when he thought being a musician would make him popular with the ladies. It worked! Well, actually, it only made him popular with one lady, Lauren, who became Jay’s wife and is the mother of their three amazing children. If you live in West Philadelphia you’ve probably seen them all at Clark Park.

Jay has always had the travel bug, and when he travels he always takes his guitar. Since Jay graduated from the University of Pennsylvania many years ago he has toured the country playing his own songs in coffeehouses, bars and two-bit juke joints. He and his guitar have also spent months on end backpacking around Europe, Asia and Africa, as well as taking a jaunt or two to the Middle East and South America. From 1999 to 2003 Jay spent many months in Africa learning about and 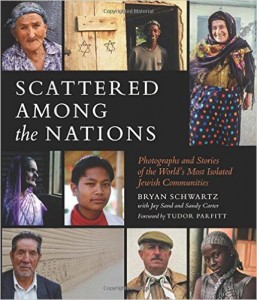 playing music with African-Jewish communities. He then toured the U.S. delivering multimedia presentations about African Jewish communities and has taught African-Jewish songs to children of all ages. (He has continued his communication and collaboration with African Jews, even recently contributing images and two chapters to a beautiful photography book, Scattered Among the Nations: Photographs and Stories of the World’s Most Isolated Jewish Communities, published December 8, 2015.)

Now that Jay has three kids, taking off for a few months at a time is less of an option, so he and his guitar mainly stay around Philadelphia. Jay is overjoyed to have developed All Around This World’s curriculum, which gives him a way to vicariously travel around the world through international music, stories and children’s games. Until the Sand family kids get old enough to haul around a backpack and take to the road with their dad, vicarious traveling will have to do.

— if you and your kids are currently taking an All Around This World class you can follow along week by week by keeping up with the “learn” section of the site, enhancing your in-class experience as you go. Whether or not you’re not currently taking an All Around This World class (and why not?) you can still follow along week by week, or you can adventure through the site in any way you want, exploring wherever the spirit moves you. All Around This World has viewed all the embedded videos and is confident you can watch them with your children. If you run into anything unexpected, let us know. Future incarnations of the site will feature hands-on activities you and your family will be able to share.

— if you’re an educator, feel free to mine this website for content for your classes, or, better yet, bring AATW to your preschool, early elementary school or homeschool program. Future incarnations of the site will include customizable lesson plans and experiential activities you can share with your students.

— if you didn’t find your way here because of kids and you’re just a lover of music, ENJOY!! And click on some of the funky social media icons on the right side of the page to tell your friends.

All Around This World classes are FUN!!! Sure, music helps make your kids smart–we’ve all heard that on the news, and studies upon studies from educational researchers (who are probably musicians themselves, smart as they are) do seem to confirm that, but first and foremost AATW classes are a great time. You and your child should come to parent/child classes to sing, dance and have fun together. You and your school should bring AATW to your children’s classroom to introduce musical experiences that are invigorating, inspiring and rich. As you, your children and all their educators have a great time singing and dancing along to All Around This World’s songs from all over the globe, all will be actually learning so much–opening your minds to the great, wide world.

— All Around This World believes deeply in the positive implications of exposing young children to many cultures. (What you teach our kids about the world MATTERS.)

— All Around This World believes in the power of experiential learning

— All Around This World believes in the long-term positive effect of early childhood music instruction on your child’s brain (BRAINS! BRAINS!)

— All Around This World is excited about preparing tiny children for older kids’ programs that translate musical aptitude to music achievement.

Learn more about All Around This World’s educational philosophy here.

There are many ways you and your children can experience All Around This World:

— In weekly, 45 minute parent/child classes, in which kids and their parents/caregivers sing, dance and play together while experiencing different languages, cultures and traditions. AATW classes are 100% fun! Find a class near you. And if there isn’t one, consider starting one.

— In your child’s preschool, elementary school or homeschooling program. Bring the All Around This World curriculum to your child’s educational institution and your children will learn about so many countries and cultures.  Learn about AATW’s school curriculum.

— By enjoying All Around This World’s super-cool CDs and “musical maps” being populated as we speak, featuring songs, musical genres and instruments originating from nearly a hundred countries. Buy AATW CDs and other great stuff.