You are here: Home › The U.S. and Canada

All Around This World’s classroom and homeschool lessons about Canada and the good ‘ol United States of America for kids introduce your family to so many cultures through interactive fun . . .

During this season of classes, All Around This World tries something a bit different–we sing most of our songs in English.
and 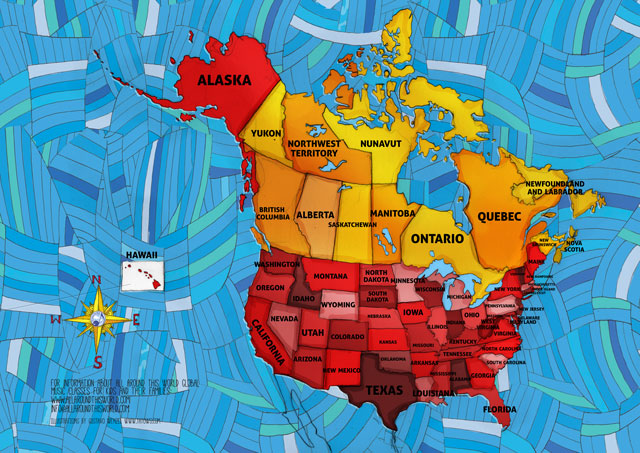 English? That’s right. This season we explore music from the United States and Canada, most of which is in English. Of course we take music from the U.S. and Canada and turn it on its ear, learning about as many of the many multilingual and multicultural musical genres that either formed or came into focus in the U.S. and Canada–jazz, blues, rock, disco, salsa, cajun, etc.–while paying particular attention to their global origins. We sing conjunto songs from Texas and note their Mexican and German roots, we’ll trace Louisiana Cajun music back to its Acadian origins in eastern Canada, we’ll look back to Mali to find blues and we’ll travel back across the Bering Strait land bridge to meet great great grandparents of Native American music.

If you’re not in an All Around This World classroom but instead you’re following along at home, you can still enjoy our lessons about Canada and the United States of America for kids:

— Cajun/Creole: we stay up all night dancing the cajun two step at a fais do do.

— Conjuno/Tejano/Waila: We scratch like chickens as we dance waila

— Folk/Country: we promenade our parters in a traditional square dance, then of course we do-si-do

— Hawaiian: we mellow out in the islands with some slack hey guitar

— Jazz: first we scat, then we swing dance

— Salsa: we visit NYC and Puerto Rico at once as we turn up the sizzle to dance salsa

— Hip-hop: we end with windmills, helicopters and some delightful old school rap