You are here: Home › East and Southeast Asia › Lesson 4: Japan › Japan–Culture › Japan for Kids — Karaoke — All Around This World 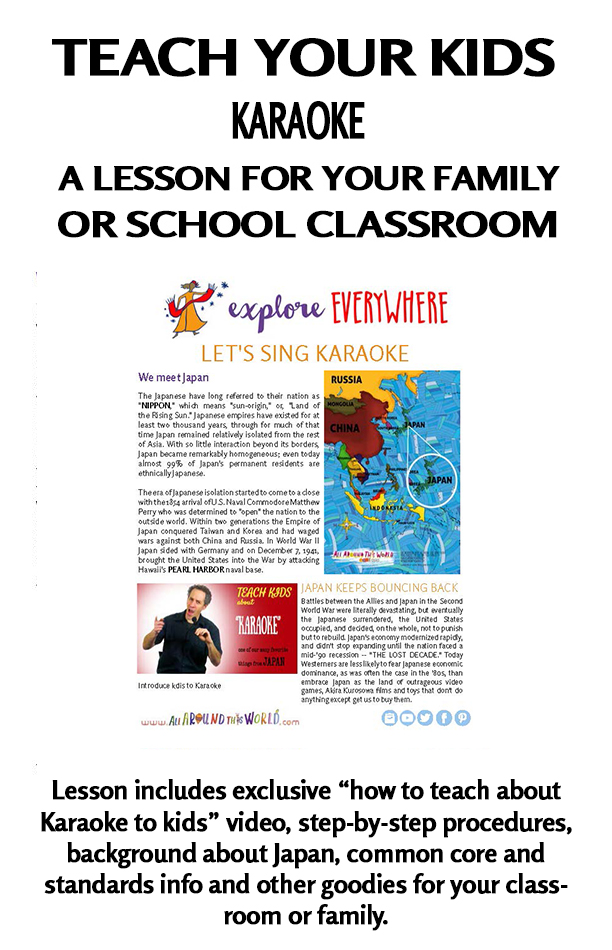 Karaoke (the word “karaoke” is a combination of “kara,” which means “empty,” and “oke,” which means “orchestra”) is less an active phenomenon in Japan than a ubiquitous element of Japanese culture. Karaoke began in Kobe in the ’70s when singer Daisuke Inoue
created a machine that played instrumental tracks of his songs so his fans could add their vocals at home. He realized the potential fun the masses could have by singing along to popular songs stripped of the vocal track and began leasing karaoke machines to hotels and restaurants. Today karaoke is a worldwide, multi-billion dollar industry, though Inoue made little money on it. “The only patent he owned, briefly,” reads an article about Daisuke Inoue marking him as one of Time Magazine’s most influential Asians of the 20th century, “was for plastic-covered songbooks, and the only karaoke-related profits he earns today come from a potion he markets to repel the cockroaches and rats that are a karaoke box’s main enemy.”

More information:
Wikipedia on karaoke | A history of karaoke | Sing along to the Karaoke Channel online