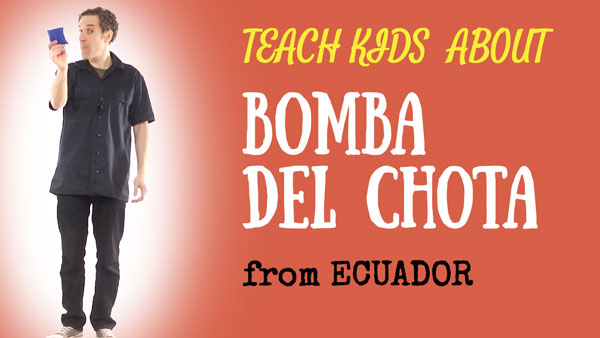 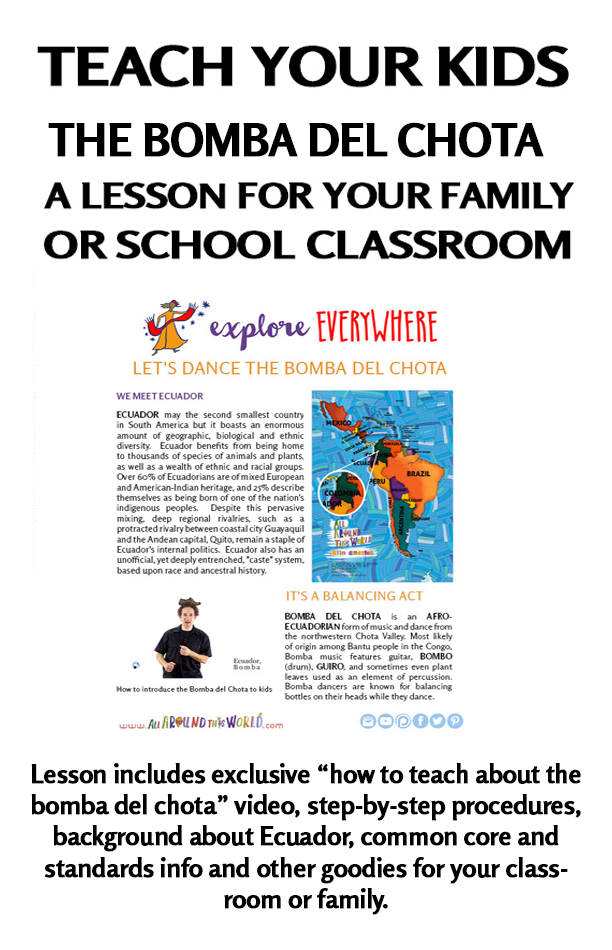 BOMBA DEL CHOTA is an AFRO-ECUADORIAN form of music and dance from the northwestern Chota Valley. Most likely of origin among Bantu people in the Congo, Bomba music features guitar, BOMBO (drum), GUIRO, and sometimes even plant leaves used as an element of percussion.  Bomba dancers are known for balancing bottles on their heads while they dance.

The African ancestors of today’s Afro-Ecuadorians arrived in the late 16th century when several slave-bearing ships crashed on the coast. Today there are two main sub-genres of Afro-Ecuadorian music: the MARIMBA-based music of Esmeraldas, and the more Spanish-influenced yet still distinctly African “BOMBA” from the Chota Valley. As a group Afro-Ecuadorians fare slightly better (economically and socially) than Ecuador’s indigenous population, but they still face poverty and many other challenges.  For many, Afro-Ecuadorian music is a statement of cultural separateness and an expression of Afro-Ecuadorian cultural and political pride