You are here: Home › Africa

All Around This World’s African songs for kids introduce your family to African cultures through interactive fun . . .

All Around This World is going to Africa! Over the course of this season we sing some stupendous songs and dive deep into dances from all over this unfathomable continent, from Cape Verde to Madagascar, the Gambia to Ethiopia, Algeria to South Africa. We sing in two dozen languages, drum rhythms aplenty and dance crazily enough to put a smile on the Ugandan king. 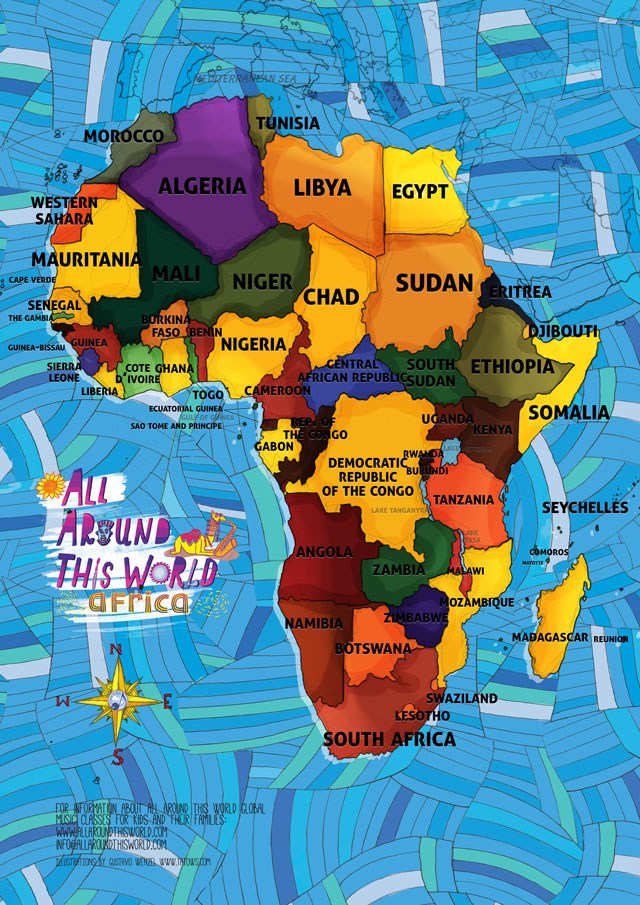 The ALL AROUND THIS WORLD: AFRICA CD is a dynamic double-CD featuring 32 African songs for kids from all over the continent. 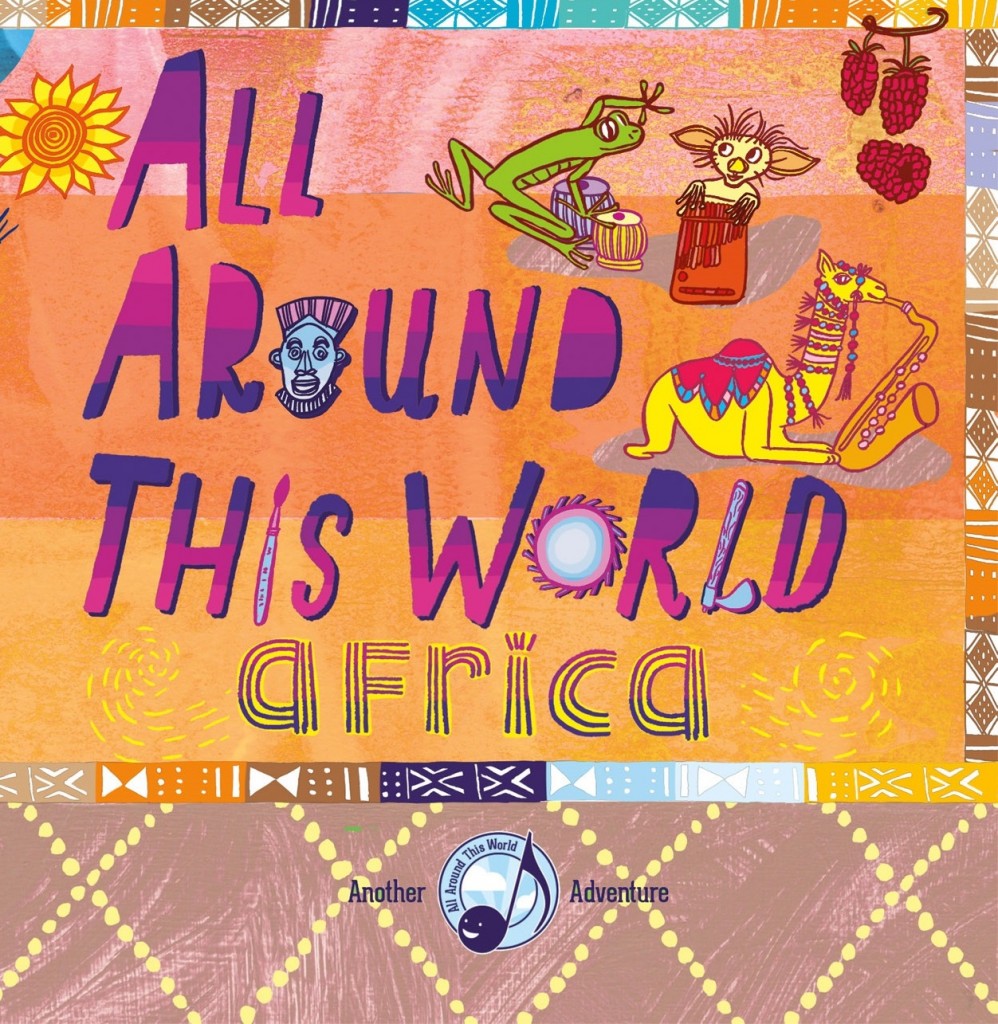 All Around This World: Africa features 32 African songs for kids from 20 African nations that originated in two dozen languages and that introduce families to the continent through songs recorded in genres like Ethio-Jazz, Highlife, Soukous, Sierra Leonean Reggae, Afrobeat, Fuji, Nubian wedding music and South African Isicathamiya. Jay Sand, founder and lead teacher of All Around This World, sourced this material from Africa with tremendous care, choosing songs that are not only geographically, linguistically and thematically diverse enough to take families on a broad tour of the continent but that also have substantial cultural and musical depth. He adapted/translated/transformed each song for use in the classroom, then finally did the most important thing for a teacher and family-friendly musician — he sang the songs with kids! Every song on CD was a certified hit in All Around This World classrooms, not just with infant to 9 year-old students but with their parents and teachers too.

The 32 African songs for kids on the All Around This World: Africa album are the product of two years of intense studio work with co-producer, Brooklyn-based world music artist and engineer Amon Drum. Jay and Amom worked meticulously with musicians from ten African nations as well as with accomplished artists from the U.S. and several other countries. They recorded these African songs for kids in studios from New York to L.A. to Philadelphia to Kampala, Uganda (where the session almost killed the guitar player…twice. But that’s another story.)

Listen to each of the two CDs in full:

— All Around This World: Africa (West, Central and South) cribsscrosses this most musical of all continents, inviting you on a journey from Cape Verde to Madagascar, with countries like Guinea, Ghana, Nigeria, the Congo and South Africa in between. There will be Cape Verdean morna. There will be Nigerian fuji. There will be Congolese soukous, South African township jive and Malagasy selegy. And, of course, what would a CD of including West African music possibly be without Afrobeat? [BUY DIGITAL DOWNLOAD — $9]

— All Around This World: Africa (North and East) is a musical adventure taking you and your kids from Ethiopia to Egypt, Tanzania to Algeria, Uganda to Madagascar and beyond. Featuring songs in musical genres like Zanzibar’s intriguing African/Arabic/Persian taraab, cascading Kenyan benga, melodic Ugandan kadongo kamu and energetic Ethio-Jazz. [BUY DIGITAL DOWNLOAD — $9]

Click on the title of each song on this map (which accompanies the physical release of the CD) to listen, see the lyrics and learn more about it: 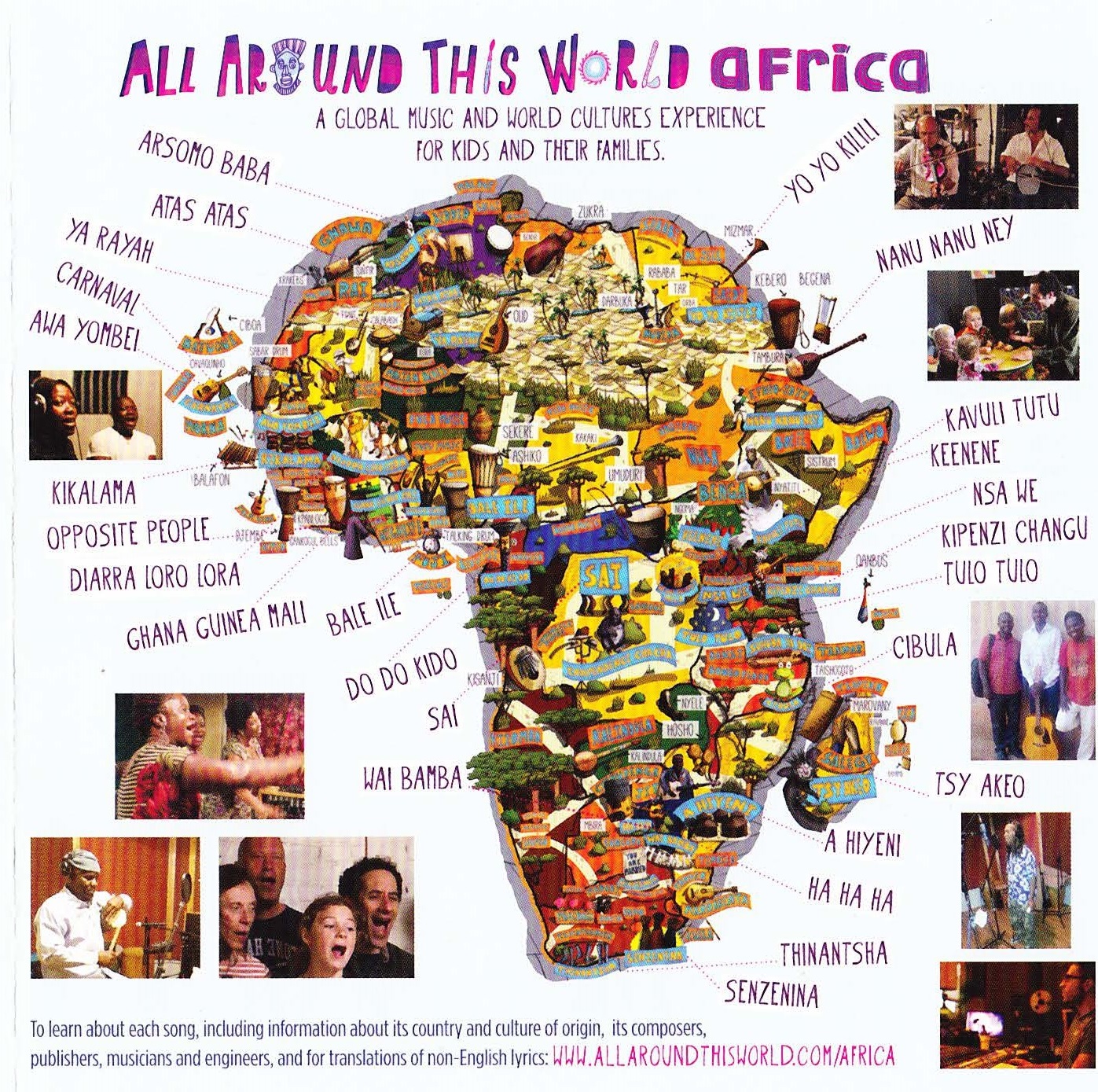 More than 40 international and internationally-minded musicians worked closely with Jay and Amon to record All Around This World: Africa. Click the name on the liner notes below, which accompany the physical release of the CD, to hear the musician’s work on one of the tracks. 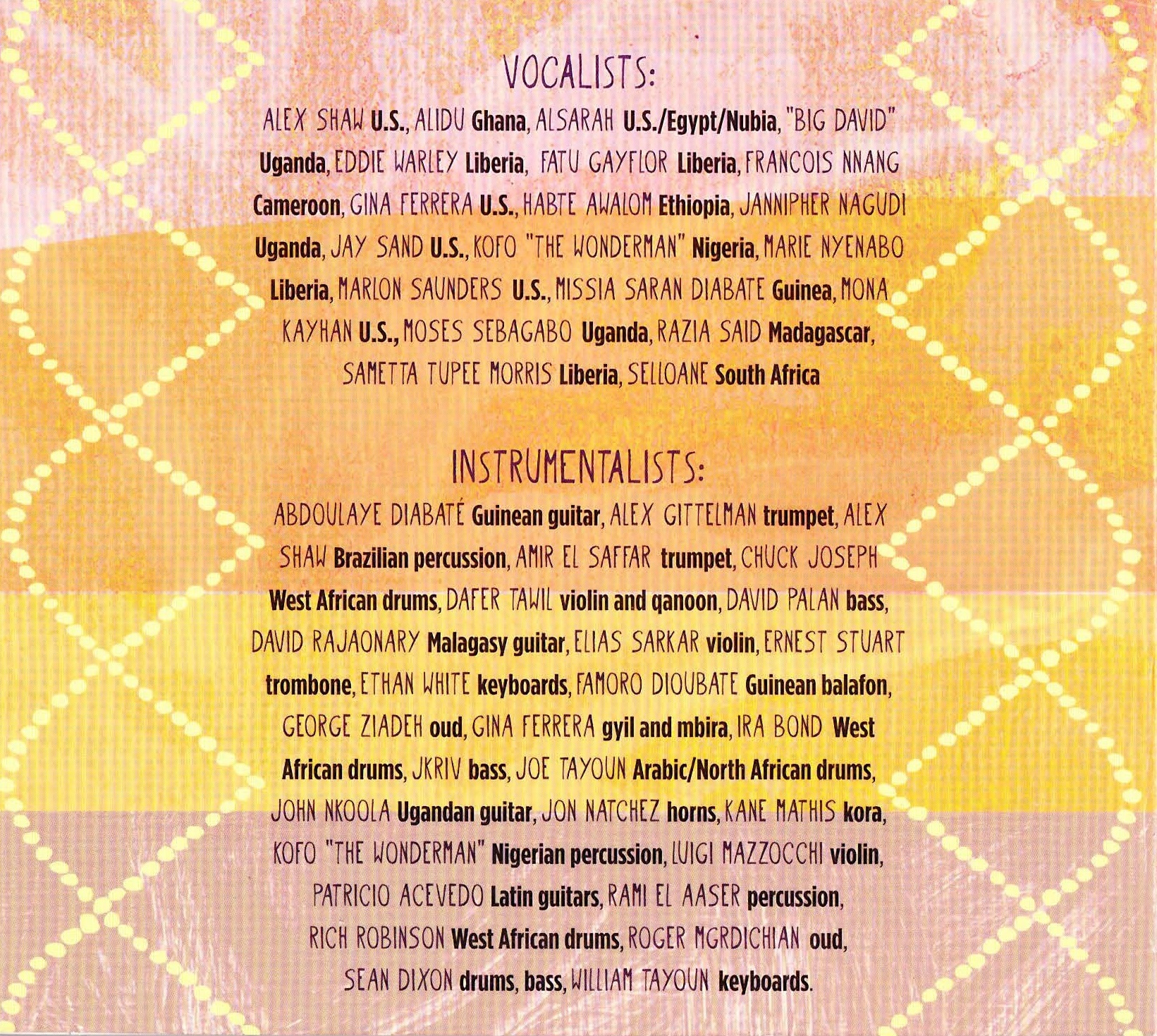 What are people saying about All Around This World: Africa:

“A joyous way to experience and learn about other nations and peoples, All Around This World: Africa is highly recommended!”
— Children’s Bookwatch

“Packed with a variety of different sounds…. different from what we usually listen to, and a great addition to our music library!”
— A Nation of Moms

“A fantastic introduction to the vibrant sounds and rhythms of different music from various regions in Africa and you would be hard pressed to find something on this album that doesn’t get your soul dancing.

— Totally Full of It

“There’s nothing that gets your blood racing and your spirits soaring then tribal drum beats, catchy rhythms, and clapping hands.”
— MrJeff2000 blog

Also included in the CD liner notes: Lyrics, Production Credits and other goodies: (click to enlarge): 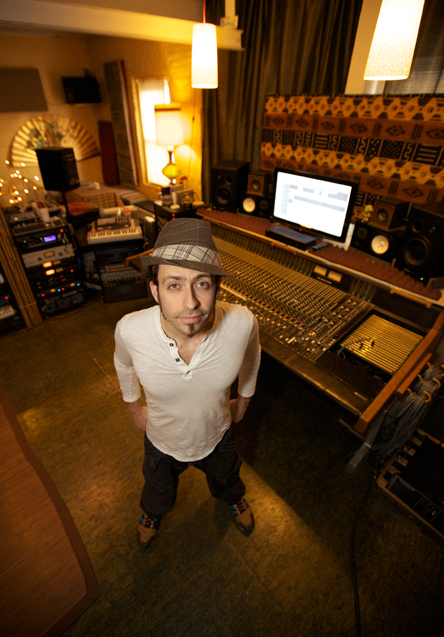 CO-PRODUCER: The co-producer of the AATW Africa CD is Amon Drum, whose Hook Studio in Red Hook, Brooklyn, describes itself as, “Purveyors of fine sound from Brooklyn to Bamako and Beyond.” Amon is so utterly talented on so many fronts–as a producer, as an engineer, as a percussionist himself, and as an organizer of such impossible projects such as this–that to even try to provide the praise he deserves would be inadequate.

Amon’s recent writing and production work with the Brooklyn-based international/African fusion collective, Analog Players Society, is a case in point; the tracks are nothing short of infectious . . . in a good way! Don’t believe it? Check out Analog Players Society’s most recent full release, “Hurricane Season in Brooklyn”:

Don’t believe yourself? Listen to this glowing review of “Hurricane Season in Brooklyn” by music critic Milo Miloes on NPR’s “Fresh Air.” Then, read more about Amon in the Drum Magazine feature on him, “Amon: Fela meets The Skatalites in Brooklyn”.

ALL TRACKS ADAPTED/ARRANGED BY JAY, MUSICAL ARRANGEMENTS BY MUSICIANS ON EACH TRACK.