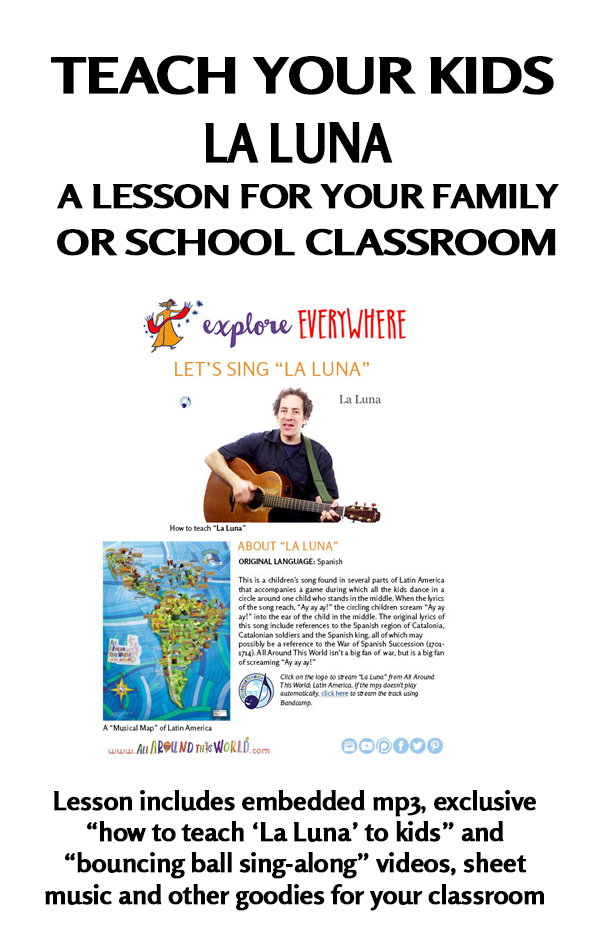 This is a Spanish song about the moon found in several parts of Latin America that accompanies a game during which all the kids dance in a circle around one child who stands in the middle. When the lyrics of the song reach, “Ay ay ay!” the circling children scream “Ay ay ay!” into the ear of the child in the middle. The original lyrics of this song include references to the Spanish region of Catalonia, Catalonian soldiers and the Spanish king, all of which may possibly be a reference to the War of Spanish Succession (1701-1714)? The words in the All Around This World version of this Spanish song about the moon are more poetic: “I’d like to be the moon way up high high high…. I’d like to be a dove so I could fly fly fly….”

Why the heck didn’t Al Around This World get this guy to record La Luna on our CD?