You are here: Home › Africa › Thinantsha 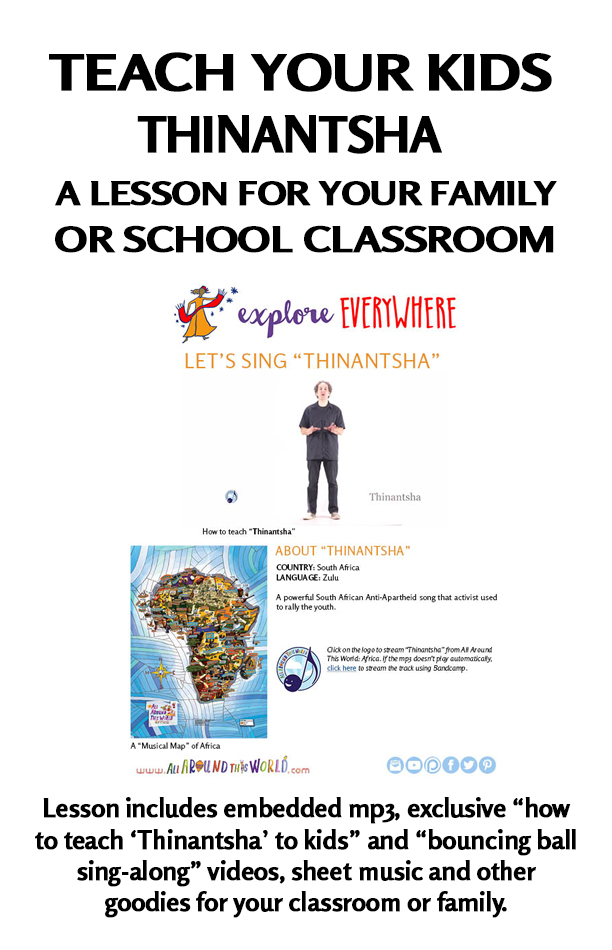 South African exiles living in Tanzania recorded this anti-Apartheid song, found on Smithsonian Folkways “This Land is Mine: South African Freedom Songs,” in 1965 to mark their defiance of the Afrikaner government and their determination to succeed in their struggle for equality. The anti-Apartheid forces certainly proved their persistence; Apartheid did not end until the early 1990s.

Learn about the role singing played in the struggle against Apartheid