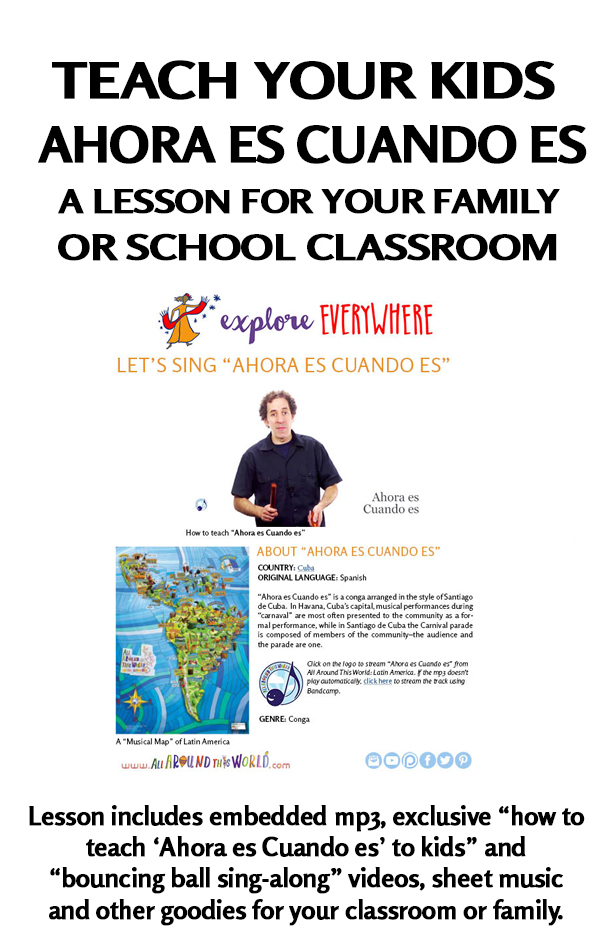 A Spanish carnival song arranged in the style of a conga from Santiago de Cuba. You can hear a bit of percussion from original from the Smithsonian Folkways album “Carnaval in Cuba.” In Havana, Cuba’s capital, musical performances during “carnaval” are most often presented to the community as a formal performance, while in Santiago de Cuba the Carnival parade is composed of members of the community–the audience and the parade are one.

Country: Cuba
Language: Spanish
Genre on CD: Conga
Instruments on CD: much hand percussion, Bottles, CampanasLYRICS OF ALL AROUND THIS WORLD VERSION

Some vocals engineered by Erich Muller