You are here: Home › Africa › He Motsoala 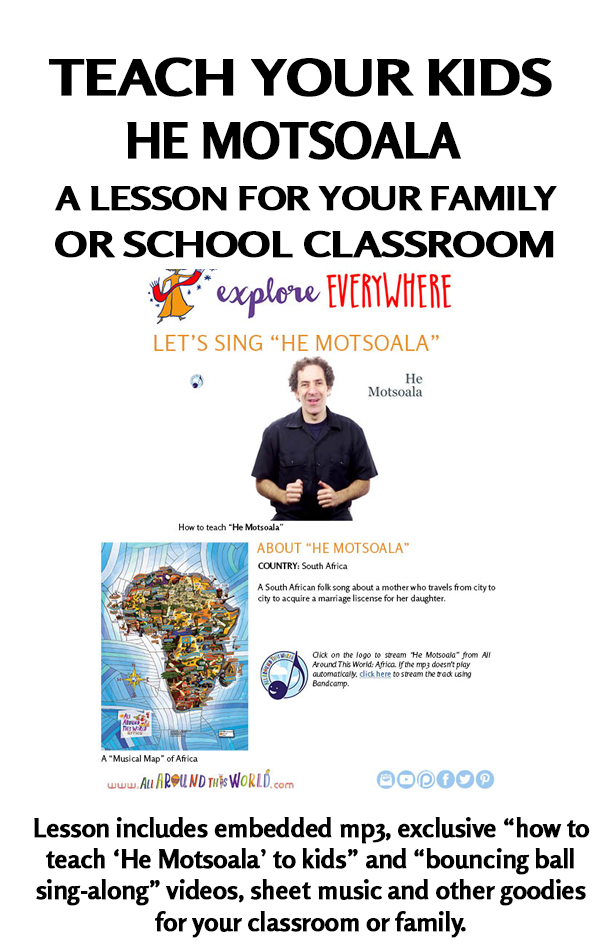 Our African travel song! Pete Seeger and the Song Swappers reworked a traditional South African song into “He Motsoala” for their Bantu Choral Folk Songs recording. Seeger’s version of “He Motsoala” is about a mother who travels to the South African city of Pretoria to buy a license for the wedding of her daughter.