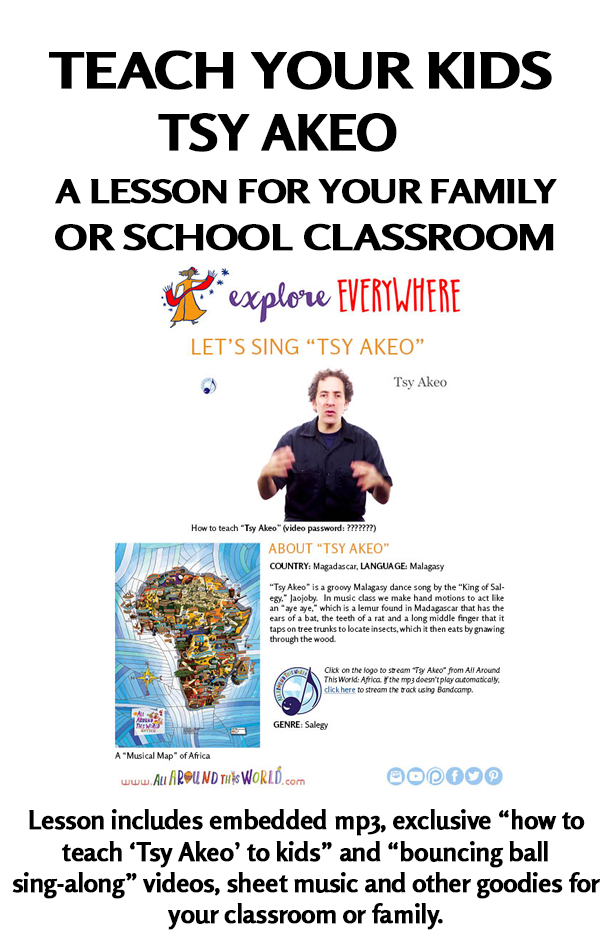 Madagascar is located over 200 miles off the southeastern African coast and is home to a very diverse population that blends Indian, Southeast Asian and African cultures, as well as thousands of plant and animal species that only exist on the island — bottle-shaped baobabs, bat-eared aye ayes and ninety-nine varieties of lemur. “Tsy Akeo” is a groovy Malagasy song by the “King of Salegy,” Jaojoby.  In music class we make hand motions to act like an “aye aye,” which is a lemur found in Madagascar that has the ears of a bat, the teeth of a rat and a long middle finger that it taps on tree trunks to locate insects, which it then eats by gnawing through the wood.

© Jaojoby Eusébe. Translation and arrangement by Jay Sand with permission.