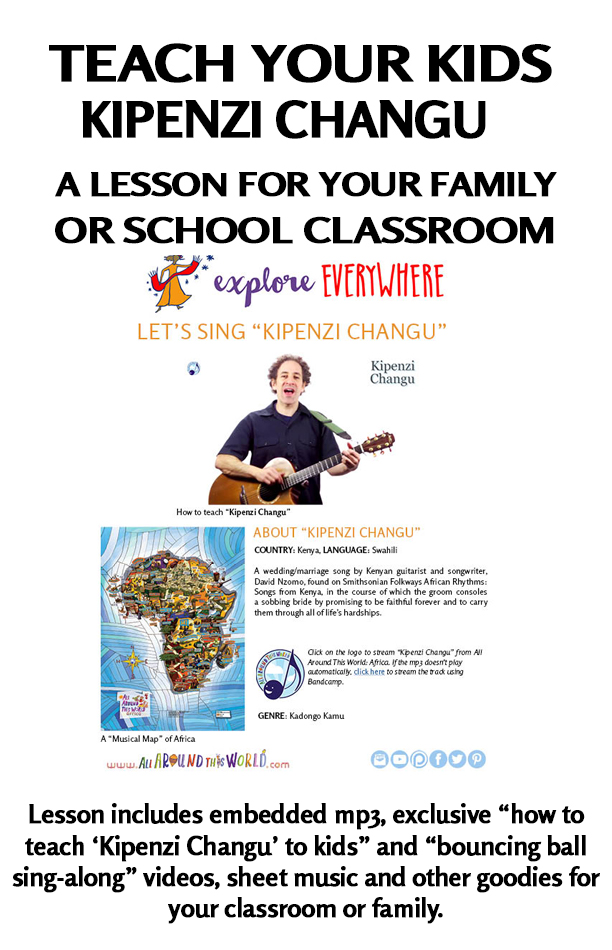 An African marriage song by Kenyan guitarist and songwriter, David Nzomo, found on Smithsonian Folkways African Rhythms: Songs from Kenya, in the course of which the groom consoles a sobbing bride by promising to be faithful forever and to carry them through all of life’s hardships.