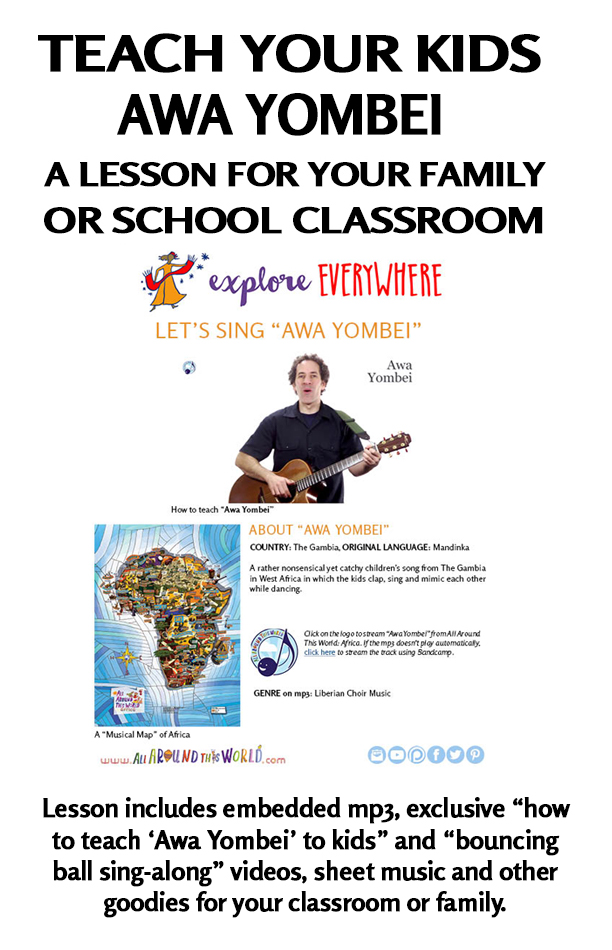 A rather nonsensical yet catchy “African play song” from The Gambia in West Africa in which the kids clap, sing and mimic each other while dancing. “Awa Yombei” is the name of girl who, in the course of the song, we follow in her marching, jumping and flying around.

LYRICS OF THE ALL AROUND THIS WORLD VERSION:

Many thanks to Delyth Dallimore for introducing All Around This World to this song.