You are here: Home › Africa › Kikalama 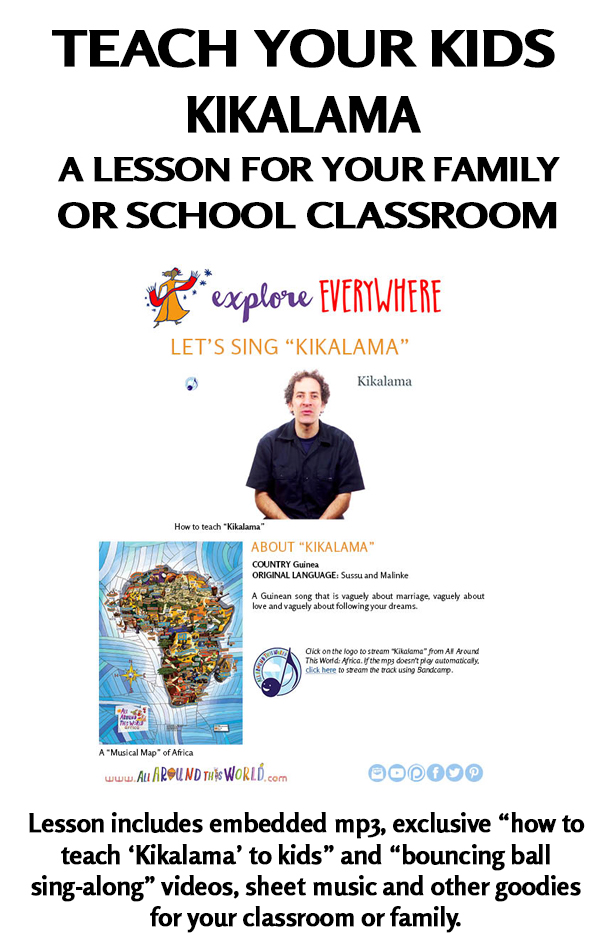 “Kikalama” by the Kante Facelli Ensemble, as found on the Smithsonian Folkways Africa: The Voices and Drums of Africa, is a highly danceable and empowering African song with a mix of Malinke and Susu lyrics.

an expression of happiness based upon the Malinke and Susu expression of something being “hot” (kalama), such as “hot tea” (ti kalama) or perhaps a “hot” child, such as a young boy who has so much energy that he can’t sit still. Whatever the word’s actual meaning, the use of the phrase in the song implies strength, confidence and an inner commitment to doing what’s right.

Meet these fabulous musicians by seeing them in action in these videos: