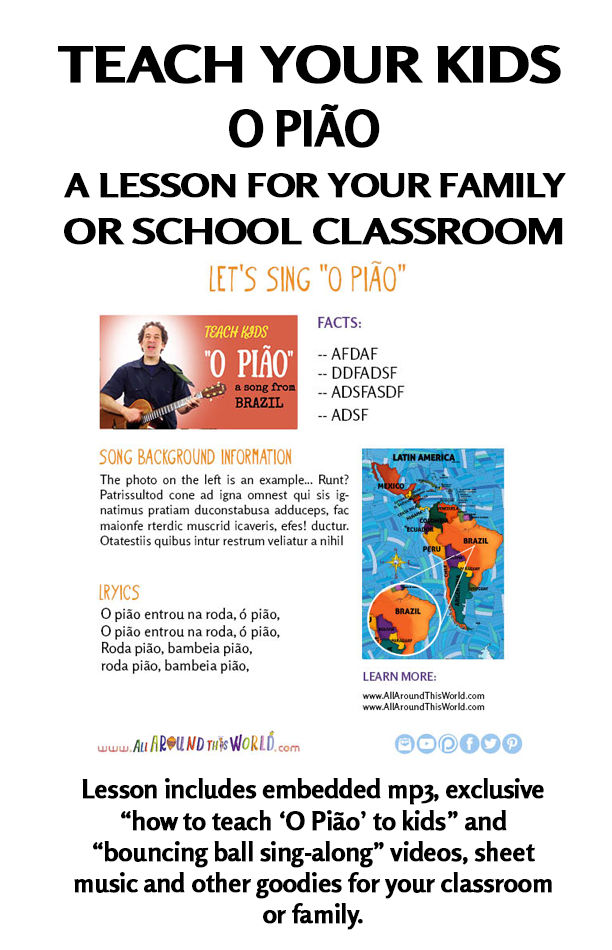 A pião is a top that spins “en la roda,” in a round space. On the All Around This World CD this Brazilian kids’ song appears in an eclectic fusion of Latin styles, conceived by Arturo Stable and primarily brought to being by Alex Shaw.