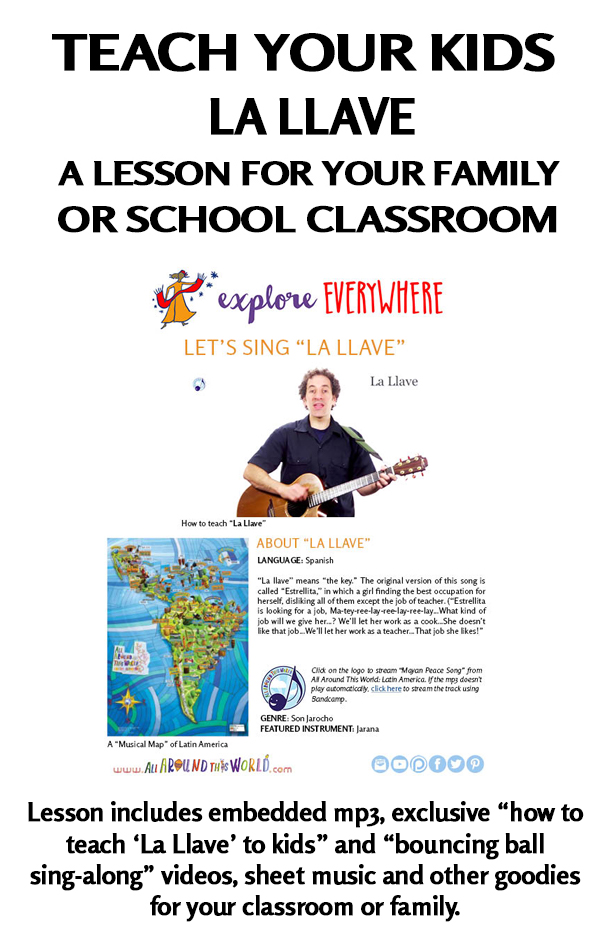 “La llave” means “the key.” All Around This World adapted this from a Spanish folk song called “Estrellita” which is about a girl finding the best occupation for herself, disliking all of them except the job of teacher. (“Estrellita is looking for a job, Ma-tey-ree-lay-ree-lay-ree-lay…
What kind of job will we give her…? We’ll let her work as a cook…She doesn’t like that job…We’ll let her work as a teacher…That job she likes!” Another commonly sung version is the story of a castle and a key to the castle, which the singer has unfortunately lost at the bottom of the sea. Fortunately, a little girl, perhaps “Estrellita,” is enlisted to look for it.