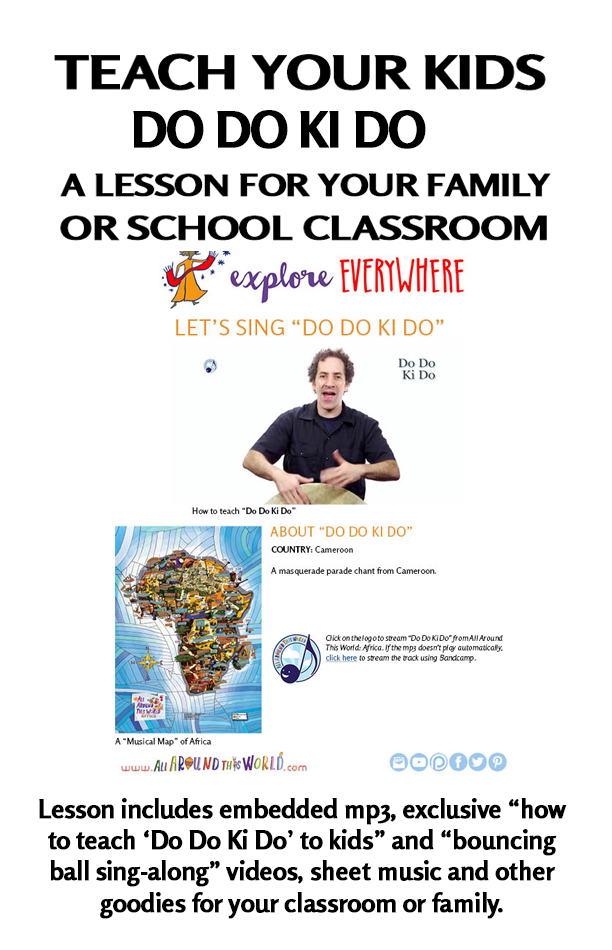 “Do Do Ki Do” is a Cameroonian children’s song and West African mask song that often accompanies a Cameroonian masquerade dance. According to Nyango Melissa, Founder of the Minnesota African Women Association, who shared the song with Mama Lisa of the wonderful international children’s music website, Mama Lisa’s World, “do do ki do” is a local term for yummy fried plantains.

Nyango Melissa also wrote this about the song to give an even more vibrant picture of how kids enjoy it: “The kids sing it around one child who wears a mask. That kid is called the ‘juju’, and he is the one who dances. It’s sung mostly when kids are playing and often around the holidays like Christmas. The kids escort the juju who does the dancing and adults give them cash and treats. But you can sometimes hear kids just singing the song and clapping in rhythm on some moonlit nights.”

Learn about the song on “Mama Lisa’s World.”.