All Around This World’s exploration of Latin America includes sing-along, dance-along classroom and homeschool lessons about Honduras for kids . . . Meet the world through music –“come to class” with Jay. 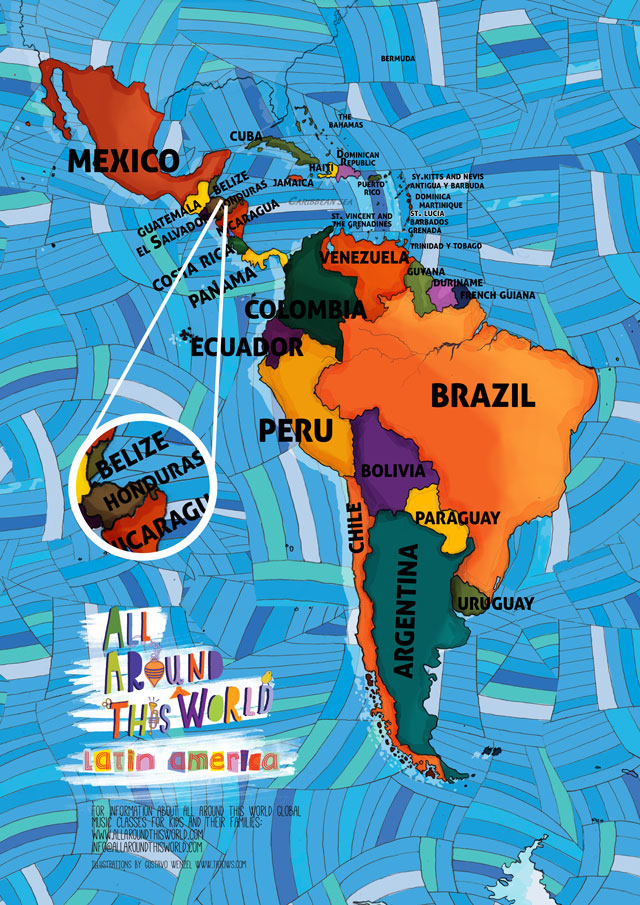 This week in music class All Around This World ventures to Honduras, a naturally beautiful and racially diverse Central American nation. We will admire Honduras for its musical and cultural traditions and hope to make it through class without a single abrupt transformation of power . . .

— OVERVIEW: “About 1500 years ago the land we now know as Honduras was the site of a major Mayan kingdom known as Xukpi(Copán) . . .”

— LANGUAGE: “Spanish is the most prominent language in Honduras but about 120,00 Hondurans speak Garifuna, a language of the Garinagu/Garifuna people who live along the Atlantic Coast in several Central American countries.

— WHEN YOU GO THERE: “Lonely Planet’s entry on Honduras extols the virtues of the country’s beaches, bird-watching and, of course, its howler monkeys.  (Who could say anything bad about  howler monkeys?)