All Around This World’s exploration of Africa includes sing-along, dance-along classroom and homeschool lessons about South Africa for kids . . . Meet the world through music –“come to class” with Jay. 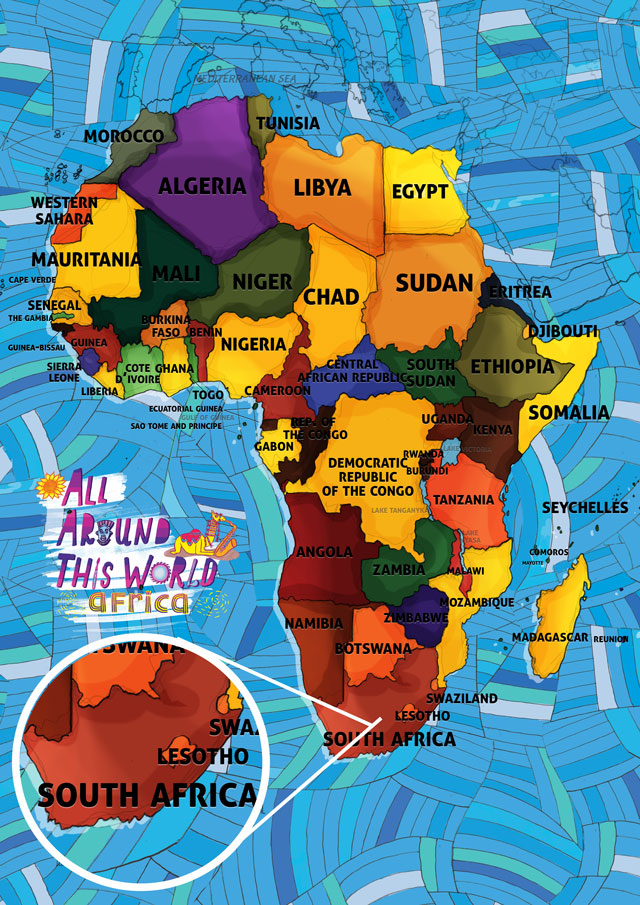 This week in music class All Around This World turns our focus to lessons about South Africa for kids. This is a country with extraordinary music, an educated and highly motivated population and every intent of succeeding in the face of great challenges, moving beyond its troubled past.

— OVERVIEW: The troubled history of South Africa may be difficult for your kids to understand . . .and is, in many ways, just as hard for grownups. How could a small number of powerful people legally dehumanize a majority, based solely on the color of skin . . . ?

— MUSIC: During the high-stakes struggle against Apartheid throughout the bulk of the 20th century every note of music created by a South African meant something . . .

— WHEN YOU GO THERE: In many ways South Africa is a perfect country for an African travel adventure . . .

— THE LION SLEEPS . . . WHEN?: “In the jungle, the quiet jungle, the lion sleeps tonight….” The most famous South African song in the Western Hemisphere is probably “Wimoweh,” a traditional South African tune recorded by archivist Alan Lomax, brought to America by folk legend Pete Seeger in the ’50s, popularized in 1961 by a vocal group called the Tokens, Disnified in the 1994 film “The Lion King . . .”