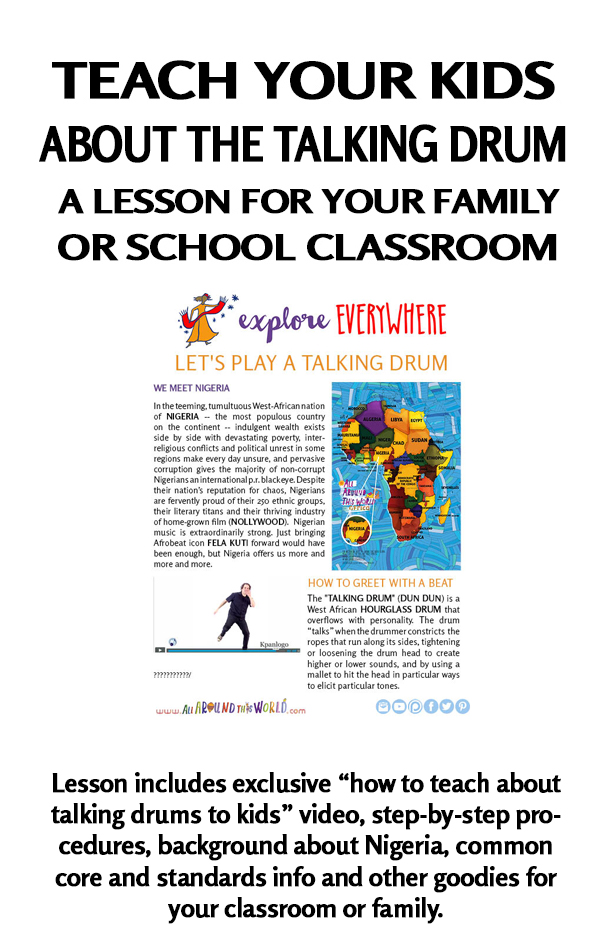 The “TALKING DRUM” (DUN DUN) is a West African “hourglass drum,” popular in Nigeria, that overflows with personality. The drum “talks” when the drummer constricts the ropes that run along its sides, tightening or loosening the drum head to create higher or lower sounds, and by using a mallet to hit the head in particular ways to elicit particular tones.

Historically, West Africans used the tones they created on talking drums to communicate between individuals or to send important messages from village to village, such as the announcement of a celebration or a warning about coming attack. This was especially useful for drummers “talking” in tonal languages such as Nigeria’s Yoruba. In some communities everyone has a unique set of signature tones; effectively a rhythmic name.