You are here: Home › The Balkans or Bust 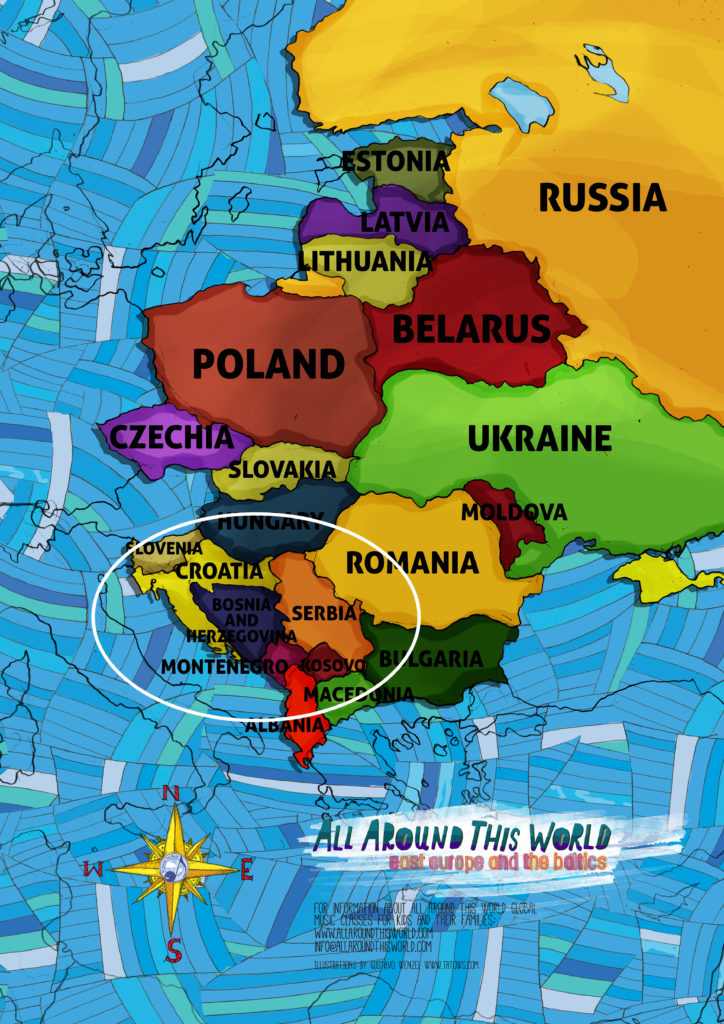 This week in our online class we visited the now-independent countries on Southeastern Europe’s Balkan peninsula that used to compose the nation of Yugoslavia. Though many people from the former Yugoslavia share history, culture and language, the region is, and always has been, multi-ethnic — home to a mix of European and Asian cultures and peoples who would spend centuries living intermingled, literally as neighbors, until some kind of shift, externally imposed or of their own doing, would tear them apart. Thankfully in class we did much more singing than historical hand-wringing. Over the next week, we’ll learn even more.

We visit the Balkans and SING!
Slovenia is Calling You