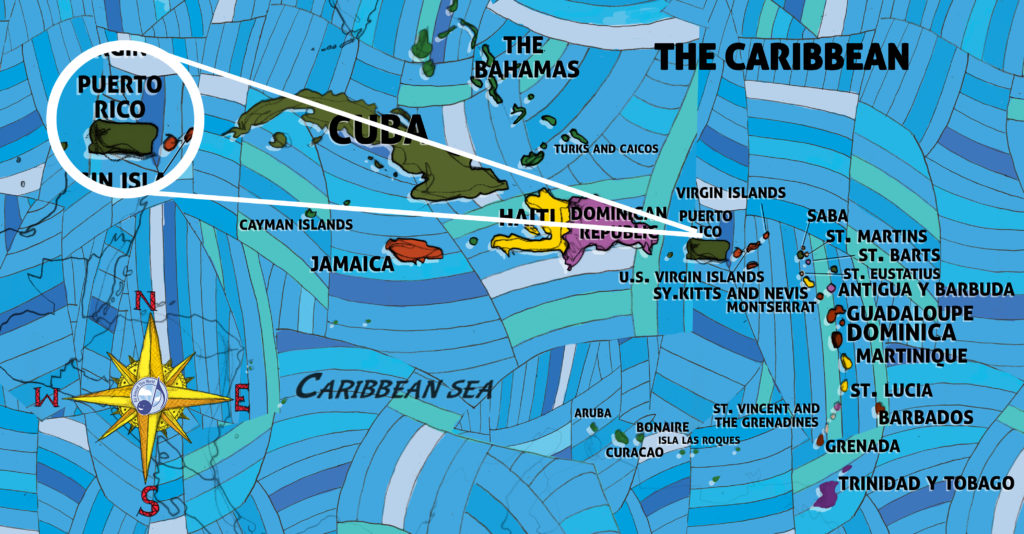 This week in our online class we sing and dance our way to Puerto Rico, a Caribbean island that has a long and complicated history of relationships with both Spain and the United States. In 1493 Christopher Columbus landed on Caribbean island now known as Puerto Rico, which the indigenous Taino called “Borinquen,” and declared it for the Spanish. Within fifty years the Spanish all but eradicated the Taino population, so they began to bring African slaves to the island to do hard labor. The island remained a Spanish colony, bolstered by the work of Africans, for four hundred years until the United States wrestled it away in 1898 during the Spanish-American War. Since 1898 the United States has controlled Puerto Rico’s government and economy, though not its culture. Currently Puerto Rico is a “Commonwealth” of the United States; the U.S. President is the formal chief of state but Puerto Ricans can’t vote in the presidential. Puerto Rico elects its own governor but it has no voting representation in the U.S. House or Senate.

We visit Puerto Rico and SING!
Puerto Rican Bomba is a joy to drum and dance