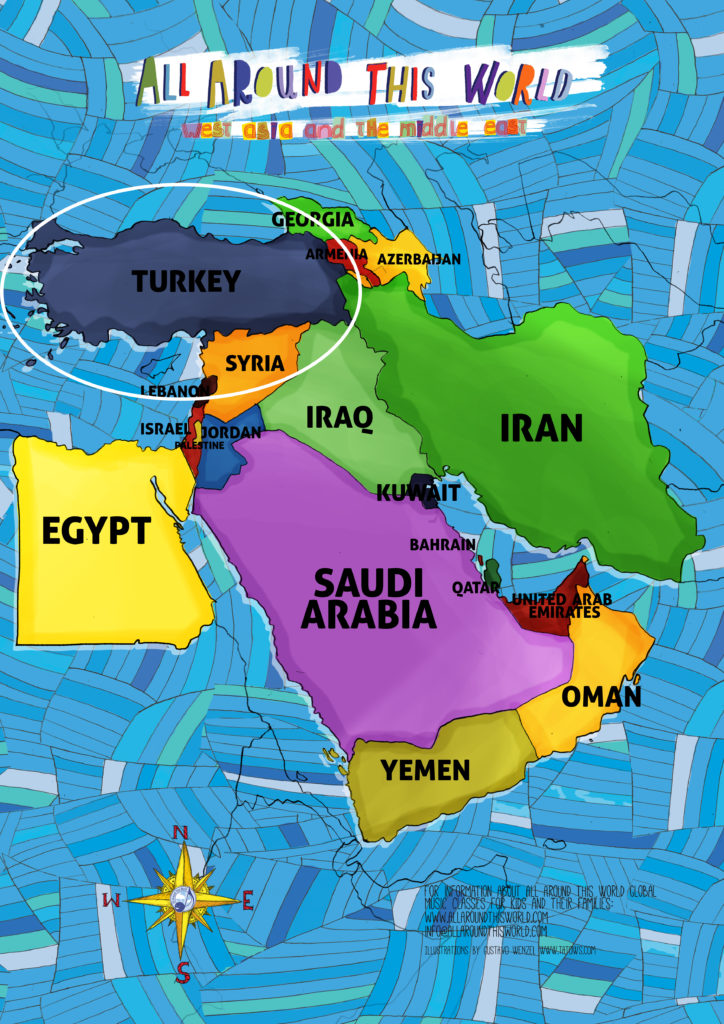 This week in our online class we travel to Turkey, where we try to avoid the most simple analysis of the utterly complex nation — that Turkey is a place where “East meets West.” Turkey does claim geography in two continents, but only 3% of the land is in Europe while the rest is in Asia. Most everywhere in Turkey, other than in its main cities, the culture and customs borrow much from Eastern, especially Islamic, influences. Turkey is one of the most consciously secularist states in the world, and while Turkey’s public institutions such its modern constitution functionally separate Church from State, 99% of Turks are Muslim (mostly Sunni). Also, while Turkey has long sought to become a formal part of the European Union, progress toward what is called “accession” is complicated not only by prevailing European powers’ public and private attitudes toward Islam, but also by increasing Turkish skepticism about the motives of the E.U. Turkey is an extraordinary mix of many strains of history, ethnicity, religion and culture, and that makes it an utterly worthwhile place to visit…but simple it is not.