You are here: Home › Georgia on My Mind. And Armenia. And Azerbaijan. 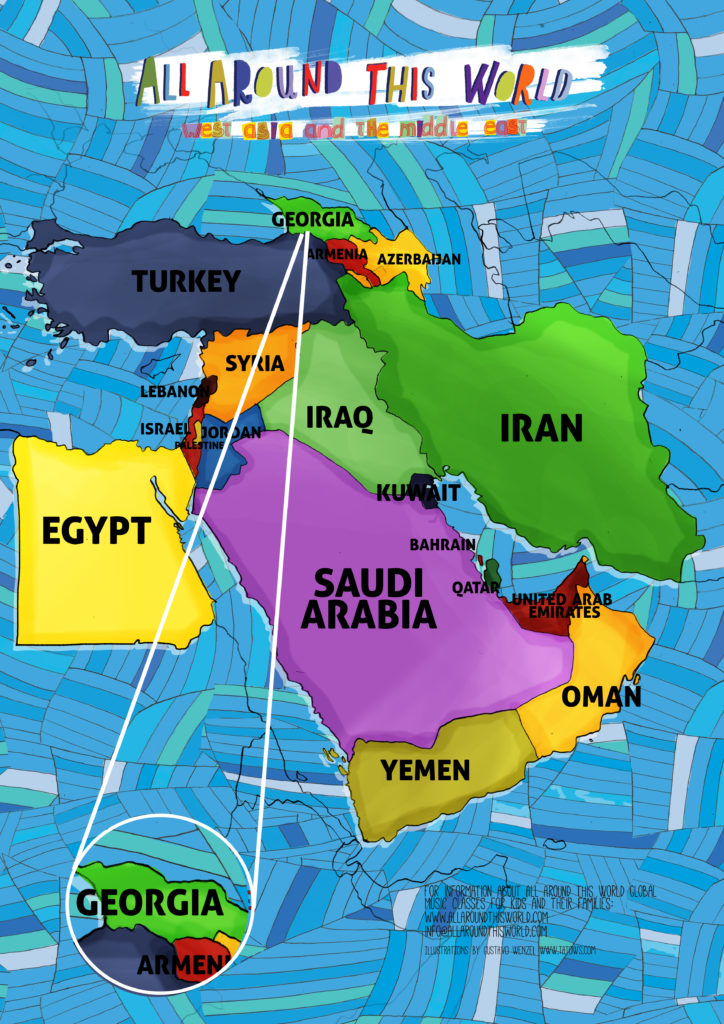 This week our online class takes us to one of the world’s “roughest neighborhoods” – the Caucasus Mountains, where we sing songs from three countries in the Southern Caucausus —  Georgia, Armenia and Azerbaijan. These three countries enjoy life in an oft-disputed mountain area that’s not only located between the Black and Caspian Seas, but also between three of the world’s great conquering empires — the Persians, the Ottomans and the Russians. Each of the three nations of the Southern Caucasus has its own language, its own culture and its own history. Each also has its own long list of historic struggles, and each has had to face them and press ahead in its own unique way. The three have often had the inclination to unite, first in an unsuccessful attempt after World War I to form the Transcaucasian Democratic Federative Republic, then, within the USSR, as part of the Transcaucasian Federation, which disbanded in 1936–but unfortunately, as of late, each of these little countries has had a hard time living beside its neighbors in peace. This we’re going to enjoy some music from the mountains, and not worry so much about our nosy neighbors.