You are here: Home › New to Nepal? Not anymore. 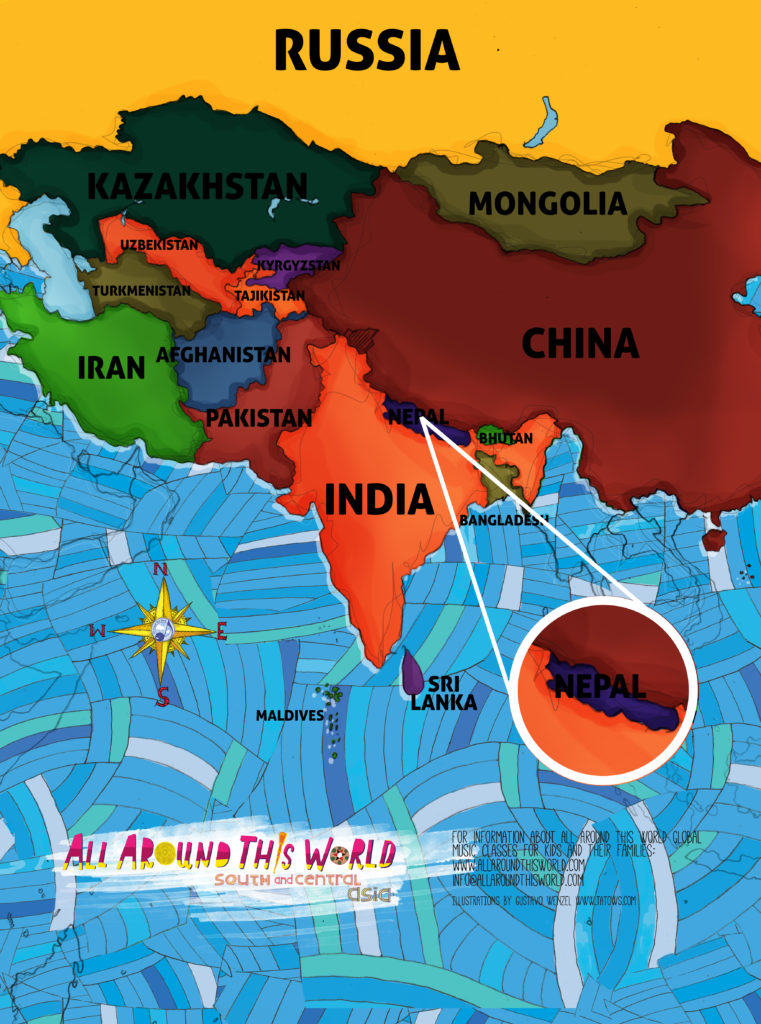 This week’s online class for kids takes us to Nepal, a place many Westerners know as home to Sagarmatha (okay, we know it as Mt. Everest) and sure-footed Sherpas. Do we consider the country a refuge of freaky hippies or a haven for budget-travelers? How about as place to go to cleanse the soul?

Nepal is all of those things, but it’s also a linguistically and ethnically complicated nation,  undergoing historic political change while facing the challenge of substantial poverty. It’s also a deeply spiritual land — both the birthplace of Buddha and the only officially Hindu nation in the world…at least until 2006 when, facing political pressure, the country formally became secular.

The One and Only Sherten
Kutumba has a LOT of friends