You are here: Home › Living the Hawaiian Dream 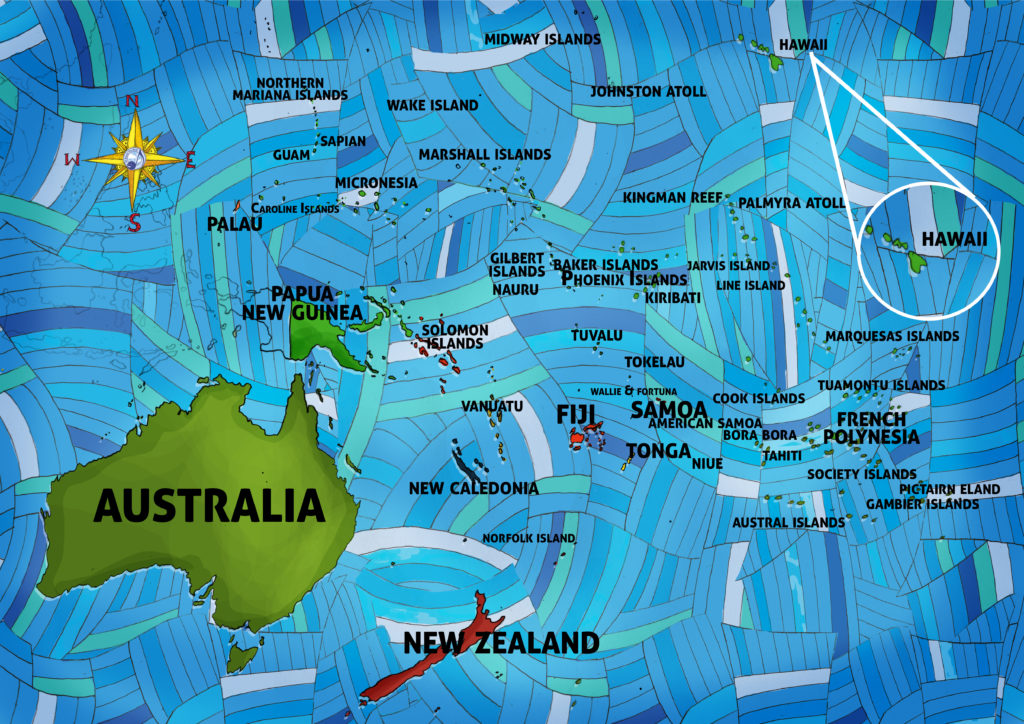 This week in our online class we live the dream — let’s go “home” to Hawaii.

More than five hundred years ago Polynesian settlers from Tahiti are believed to have come to these unfathomably beautiful islands, bringing with them their complicated system of deities, their social hierarchy and their system of kapu (taboos) that helped regulate that society by separating positive actions from bad. Hawaiian culture developed proudly and creatively over the next several centuries, giving rise to the sacred dance known as hula and the sacred — to some — sport of surfing. In 1778 the British navigator James Cook landed in Hawaii — he called the islands the Sandwich Islands in honor of England’s Earl of Sandwich — and throughout the 19th century other world powers like the Russians, the French and eventually the Americans exerted influence. Immigrants from all over the world, especially East Asia, added to the islands’ multicultural mix.

Hawaii became the 50th U.S. state in 1959. While some Hawaiians still advocate for increased autonomy from the United States, others for complete independence, multicultural Hawaii seems like it will be part of the increasingly multicultural, modern U.S. for a long time to come.

Welcome to our Island Home, Share our Peace and Joy
Superstar Aloha ‘Oe