You are here: Home › Take us Away to Thailand 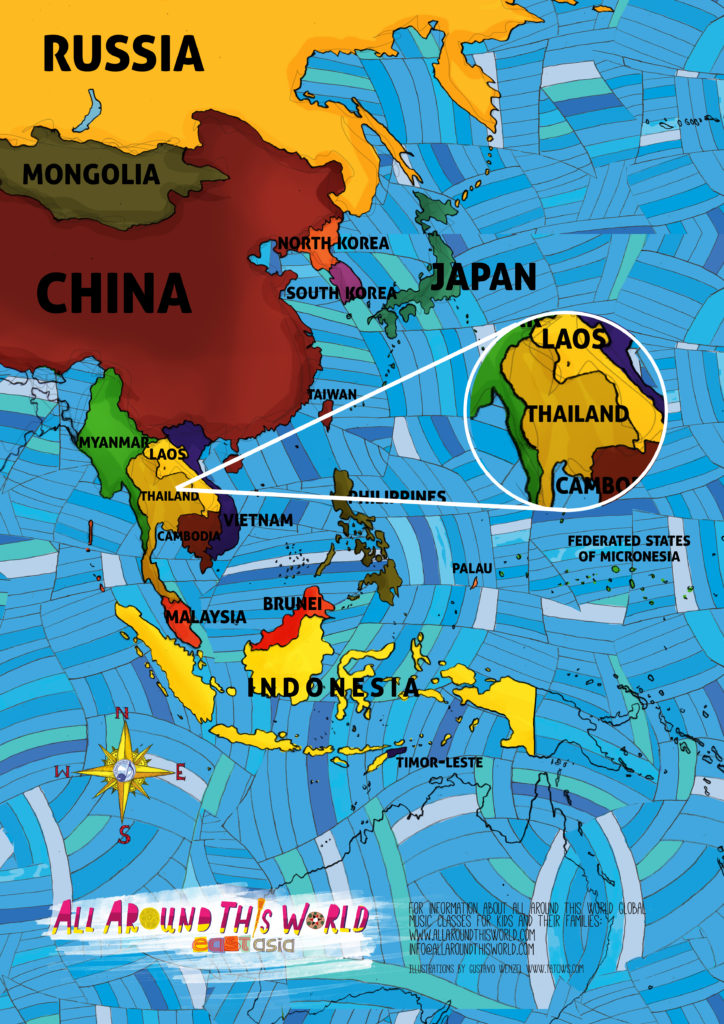 Last week in our online class for kids we visited Thailand, an ancient kingdom that in all its years of being a unified nation never been colonized by Western powers — the only country in Southeast Asia with that distinction. The Thai people are overwhelmingly Theravada Buddhist (95%), almost 100% Thai speaking (though many also speak their own group’s local language) and, by all public accounts, quite fond of the king. (The kind of Thailand’s official title is, “Head of State, the Head of the Armed Forces, an Upholder of the Buddhist religion, and the Defender of all Faiths.” That sounds like a lot of work.) In class we cut the king some slack and mainly focused on the music, dancing and celebrations of the Thai people.

The Flower Time Has Come
Piphat is a Thai Classic