You are here: Home › Don’t you dare call Barbados “Lesser” 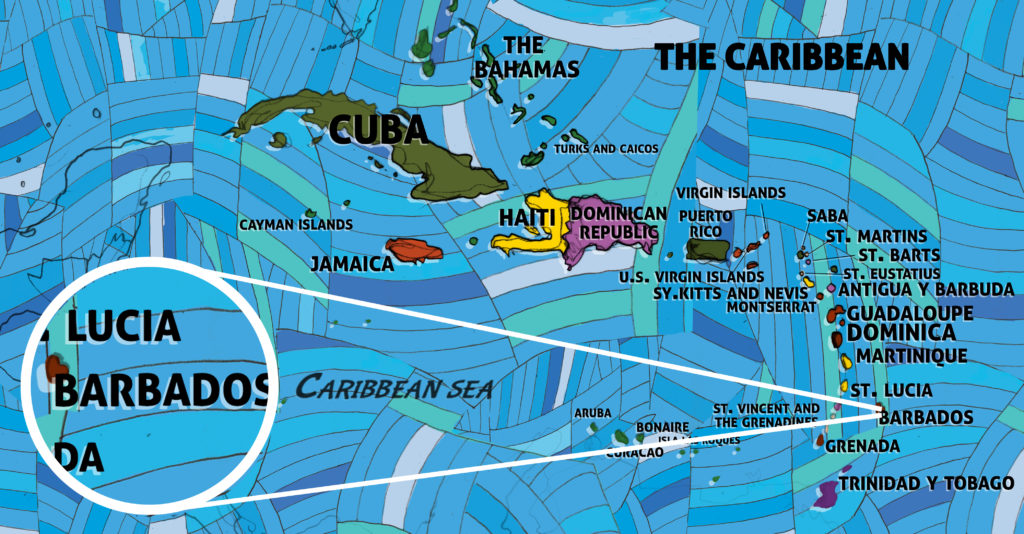 This week in our online class we voyage to Barbados, a glorious island nation in the “Lesser Antilles.” Barbados had a long history even before the British arrived in 1625 to find it uninhabited. Amerindians had lived there in about 1600 BC, then the Arawak came-and then the Caribs, who ruled the roost for several hundred years until they disappeared, likely as a result of their encounters with Spanish and Portuguese visitors (and/or their germs).  The island soon became a land full of wealthy sugar plantation owners and their African forced laborers. For the next three hundred years only the very wealthiest citizens of Barbados were allowed to vote, ensuring domination by those very wealthy citizens. Only in the 1950s did universal suffrage come to Barbados. In 1966 Barbados became independent.

We’re going to enjoy our swing-out to Barbados. There aren’t too many better places to be.