You are here: Home › Tour 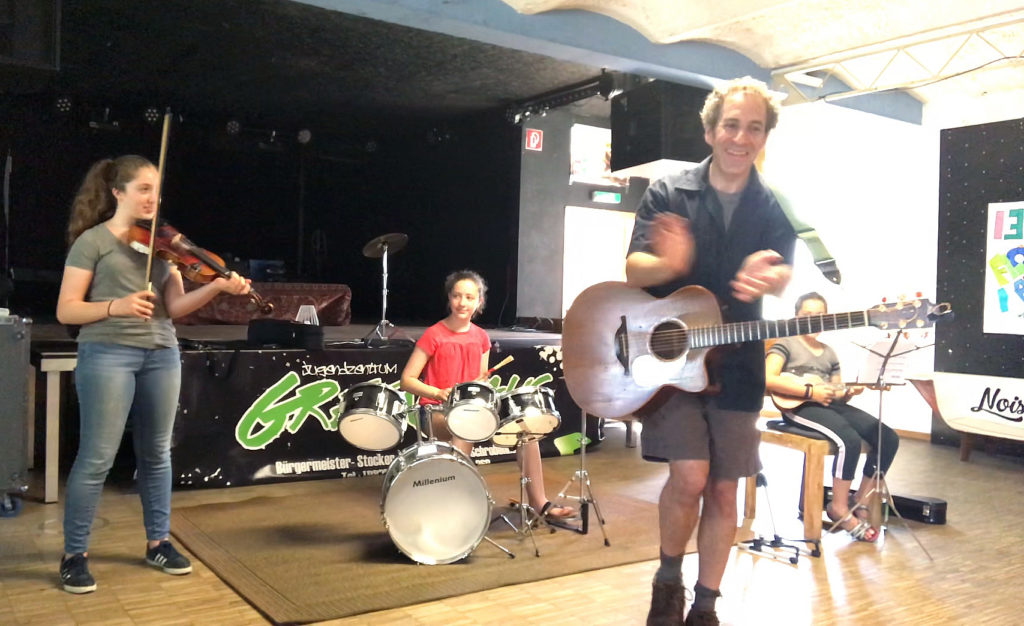 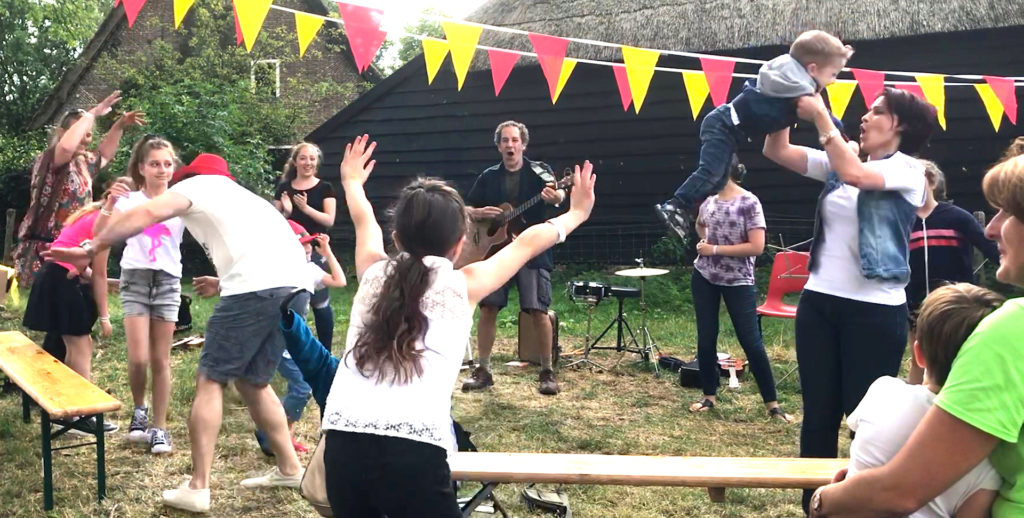 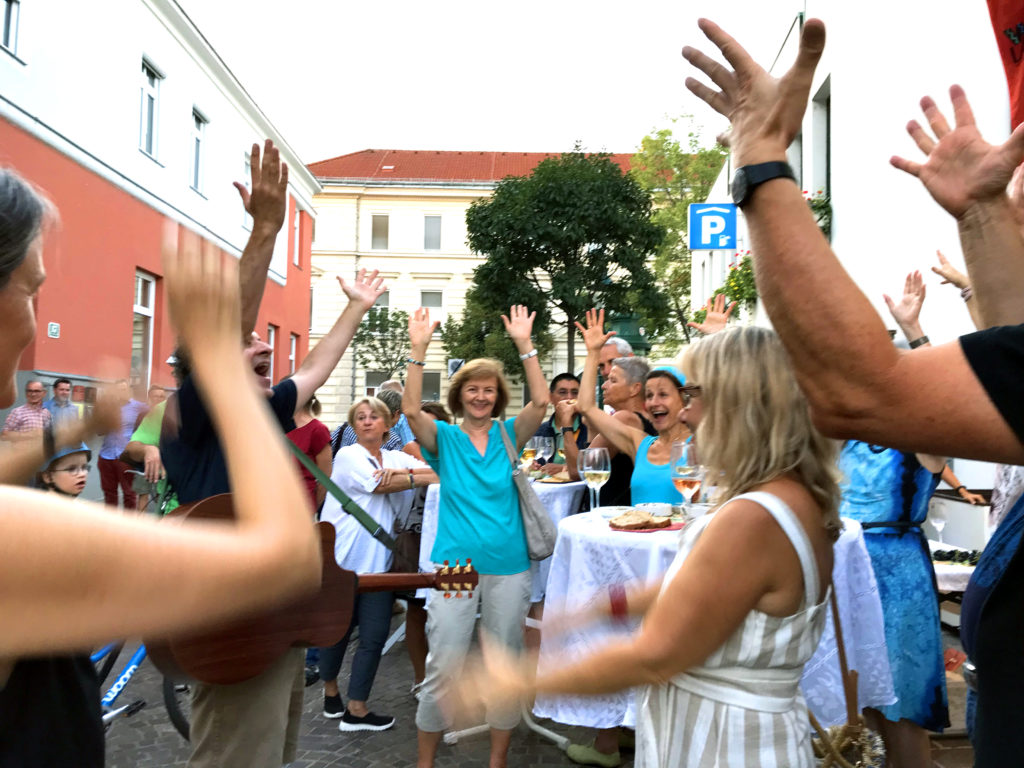 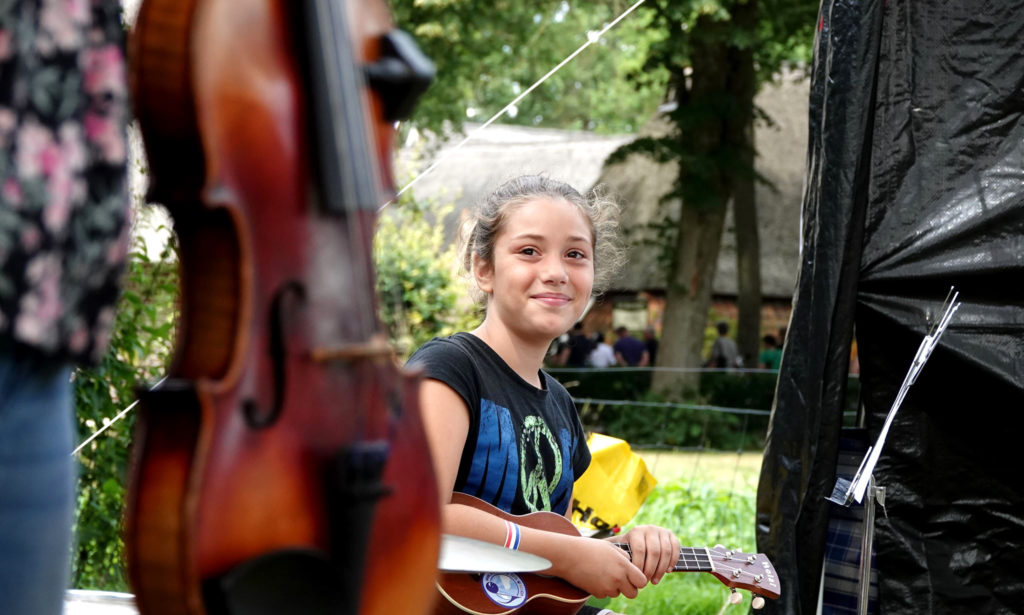 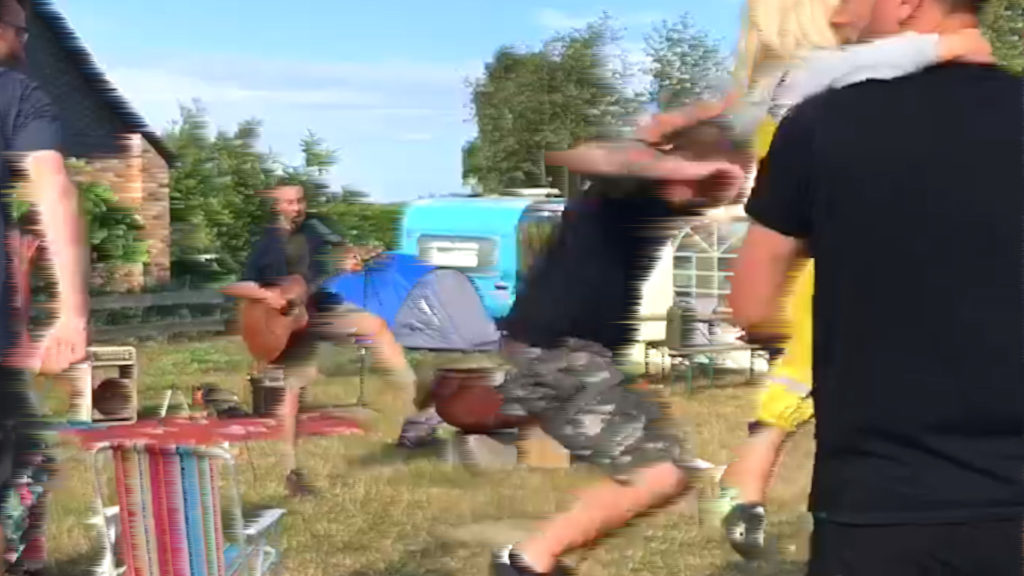 We’re back! If you are following All Around This World on Instagram (@allaroundthisworld) or Facebook (http://www.facebook.com/allaroundthisworld) you know that my family and I were on a musical mission this summer, traveling to many countries in Europe over the course of about two months, both to give our kids the chance to meet a different part of the world and to foster international harmony by singing international songs. Over the course of the All Around This World/Sand Family summer tour 2019 we performed in a wide variety of venues, from an afterschool program in Bavaria to a delightful variety show at a town fair in northwestern Italy, from a bistro at the mouth of a cave near Trieste to a pedestrian street in a lovely town along Austria’s Danube, from a number of backyard and farmyard parties (with special thanks to Hamburg and BlissBeach) to the family activity area of the SIVO Cultural Dance and Music Festival in a “museum village” in the Netherlands. Most fascinating, and particularly eye-opening for the kids, were the concerts we played at facilities for families of refugees and asylum seekers in several countries like Germany, the Netherlands and the Czech Republic. At those shows we met families in almost every stage of the asylum/migration process and learned so much about the different ways European countries are relating to immigration — as one would imagine, vastly different from the U.S.

While we were abroad I took a few photos — um, about 10,000. There are a few ways to see the best: The 2019 summer tour page on the All Around This World website takes you through the tour and includes embedded videos of us performing. And here’s a Google photos slide show that has all of those pictures and more.

While the tour took a lot of energy and we are all very happy to be home, the adventure was also invigorating. We were all so inspired by the intensity of kindness extended to us time and again by so many people in so many places. Reminded us that there is still much good in the world. Professionally, the experiences I had singing with kids who spoke any number of languages and were engaged in any number of stages of the ground-shifting process of migrating from one part of the globe to another reinforced my belief that music beats the heck out of Esperanto as the universal language. While I’m humbled by the depth, breadth and essential effect of the work so many people we met in Europe are doing to better the world, I return with even more confidence in my mission to spread international understanding through shared joy as I do, and a renewed commitment to do more.