You are here: Home › Making Ourselves at Home in the Marianas 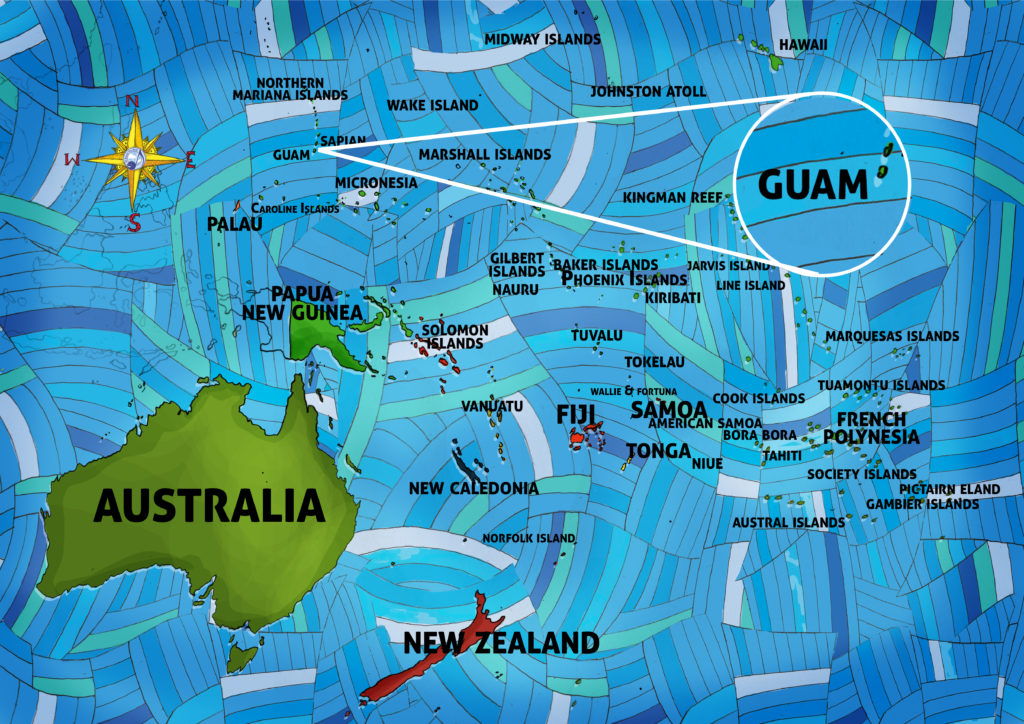 We spend this week in our online classes among the Marianas, a chain of islands in Micronesia. Archaeologists aren’t of one mind about the exact history of the people who initially populated the Mariana Islands, but most suggest people first arrived from Southeast Asia, likely from Indonesia, about two thousand years B.C. The people came to be called the Chamorro, and they developed their own language as well as a particularly stratified social structure that is fairly similar to that in place in other nations in Micronesia. The first European visitors to the Marianas — consisting of Guam and the Northern Mariana Islands — arrived in 1521 with Portuguese explorer Ferdinand Magellan, sailing on behalf of Spain, which eventually colonized; over time an estimated 90%-95% of the islands’ original Chamorro population either died from diseases they caught from the Spanish or married non-Chamorro settlers. By the late 19th century the Germans and Americans claimed the islands too. Early in World War I Japan invaded the Northern Marianas and a day after attacking the U.S. at Pearl Harbor in 1941 brutally took Guam. U.S. forces fought defeated the Japanese in 1944. Today, Guam is an “unincorporated territory” of the U.S.. and the Northern Mariana Islands are considered a “commonwealth” — both are considered “insular areas.” The islands sometimes ponder reuniting politically, but memories of the incredibly difficult relations between the two during wartime years still remain.

Meet Me in the Marshall Islands
Chamorro Careless Love