You are here: Home › Tuva is Tremendous 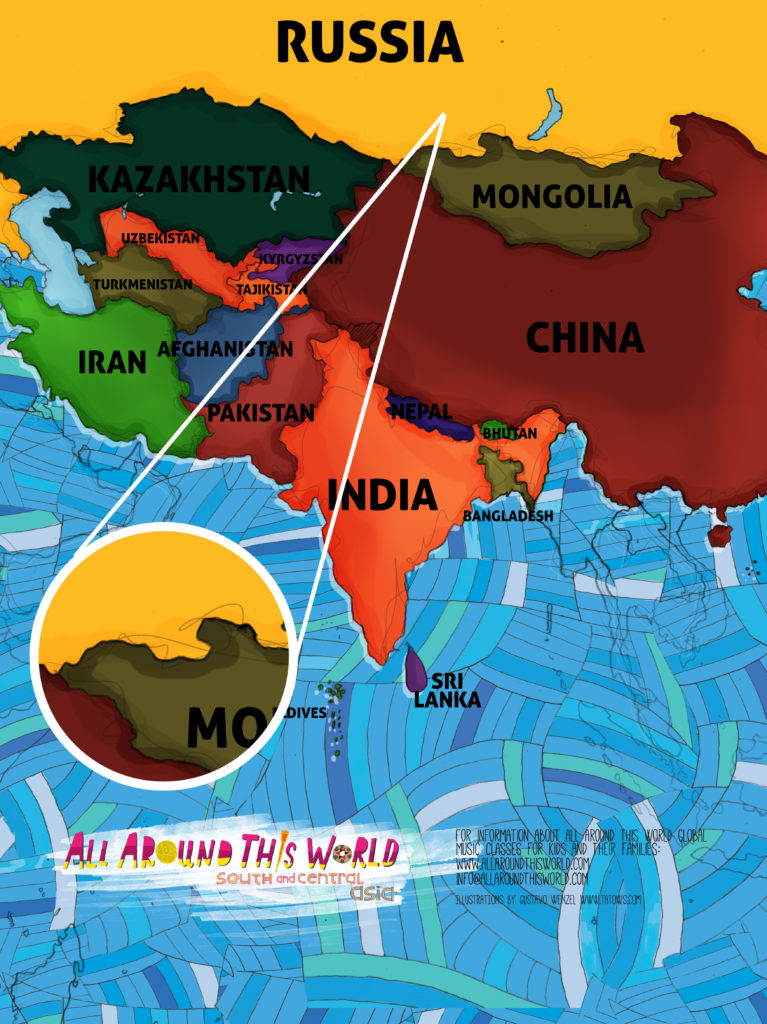 This week in our online class we travel far far FAR away to Tuva. Officially known as the “Tyva Republic,” Tuva s a geographically and, until recently, culturally isolated semi-autonomous part of Russia located in south-central Siberia. The Tuvan people are of Mongol heritage and have traditionally been independent, yurt-dwelling goat, sheep and cow herders (and reindeer!), but since the 19th century when Russians began to settle there, Russian and China fought for control of Tuvan land. When the USSR collapsed in the early ’90s Tuva remained part of Russia, but Tuvans have become much more independent to follow their Buddhist, Tibetan Lamaist and Siberian shamanist religions, pursue the national cultural pasttime — THROAT SINGING! — and make many friends around the world.