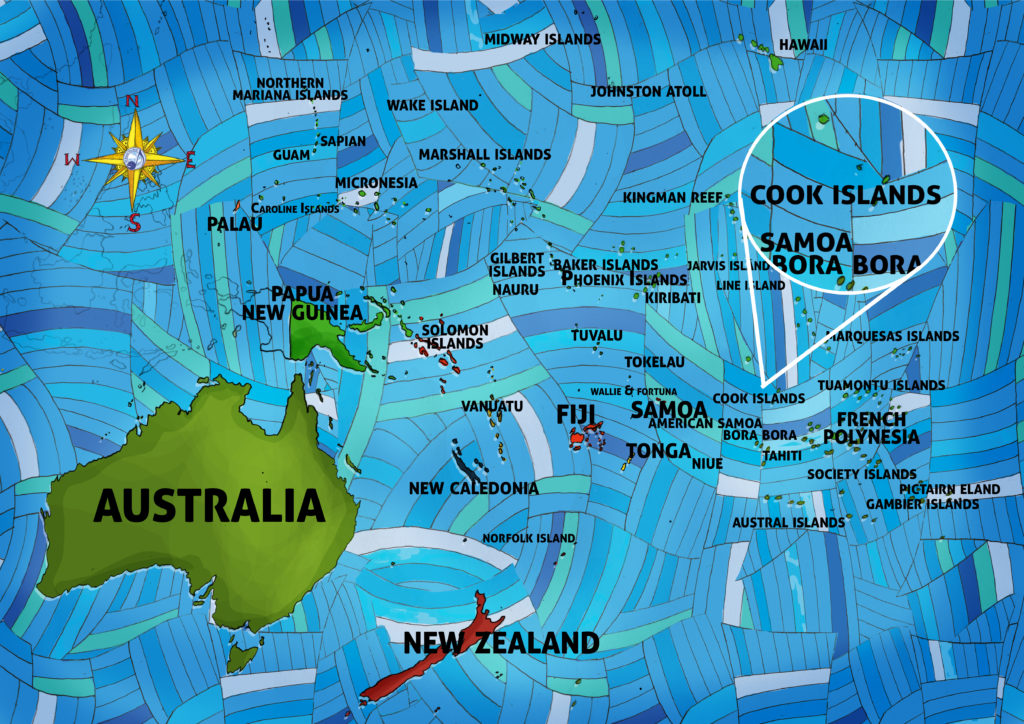 This week in our online class we visit the Cook Islands, a group of fifteen Polynesian volcanic islands and atolls — 93 square miles of land spread widely over 690,000 square miles of ocean. According to the history page of www.ck, “Cook Islanders are true Polynesians, the finest seafarers of the vast Pacific, voyagers on frail canoes who felt at home on the ocean and who traveled across its huge wastes in search of new lands and new beginnings.” The first record of these “true Polynesians” appearing on the Cook Islands came from about the years 600 to 800 A.D. when settlers are believed to have migrated from other Polynesian islands such as Tahiti, Samoa and Tonga.