You are here: Home › In Polynesia We Navigate Thousands of Miles Across the Seas 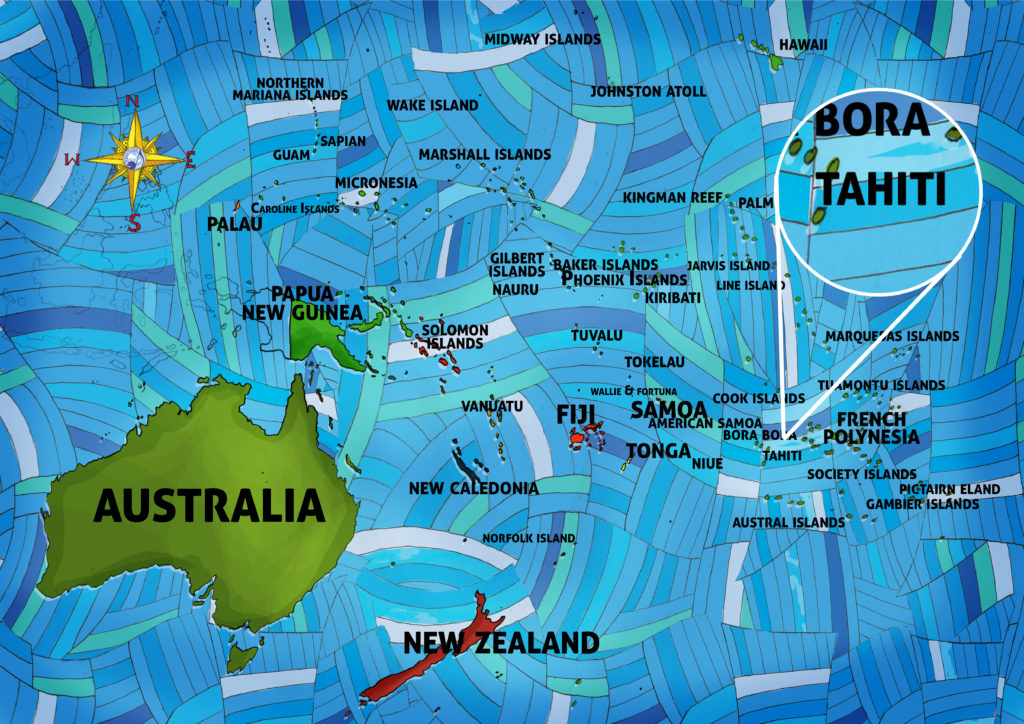 This week our online classes finally take us to Polynesia — yay Melanesia!, yay Micronesia!, but super-yay to the thousands of glorious islands of Polynesia! This week we specifically land in French Polynesia, and, even more specifically, in the French Polynesian nation of Tahiti. The first inhabitants of Tahiti arrived between about 300 and 800 CE, having traveled thousands of miles across the Pacific from other island groups, mostly Polynesian ones, like Samoa and Tonga. As on many Polynesian islands, Tahitian society is organized based upon a complex interplay of chiefdoms, clans and the power dynamics between them. In Tahiti, clan leaders were powerful but not all-powerful; they generally made decisions in consultation with general assemblies. Tahitian culture had a strong oral tradition involving an extensive mythology based on tales about various gods, as well as extensive traditions surrounding tattooing and navigation. Tahitians opposed colonization byt the French for centuries, supporting a strong succession of kings from Pōmare line.  In 1880 the French forced Pōmare V, to abdicate the throne. In 1946 France made all of French Polynesia an “overseas territory” and granted Tahitians French citizenship. In 2003 French Polynesia became an “overseas collectivity” and in 2004 it transformed into “an overseas country.”